Mariupol defenders want to be judged in the DPR 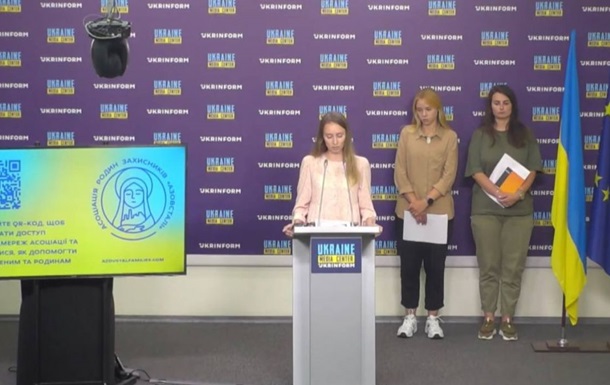 They want to send captured Ukrainian soldiers from Azovstal to the occupied territory of Donbass. There they can be sentenced to death.

The unit of Ukrainian defenders Bears, who defended the Azovstal plant in Mariupol, can be executed in the “DNR”. About it on briefing said the wife of the detachment commander Maryna Kravtsova.

In addition, relatives said that the fighters do not get in touch with their relatives. While there is no exact information about the whereabouts of the prisoners.

“It is known from enemy sources that the Medvedi unit is located separately and taken out in an unknown direction. The further fate of my husband and other fighters is unknown to me. I do not know where they are, what their state of health is, whether they are receiving proper medical care. There is information that the case of the Medvedi unit has already been referred to the “DPR” court and they can expect capital punishment – this is the death penalty,” the woman said.

There is a possibility that the heroes are being tortured by the occupiers, so the relatives of the defenders demand the presence of a third party in the territory where the prisoners are staying.

Now about 2,500 soldiers of Azovstal remain in captivity.

Recall that Pavel Pikovets, a border guard from Azovstal, who was previously released from captivity, told how he was captured and what was the attitude of the Russians.

Tags: AzovAzovstalAzovstalicaptivesdefendersdonbassDPRjudgedMariupoloccupiedprisonerssentencewar in ukrainewar with russia

Plan for the restoration of Ukraine. Conference in Lugano