Occupants fired 230 shells in Sumy region, there are wounded 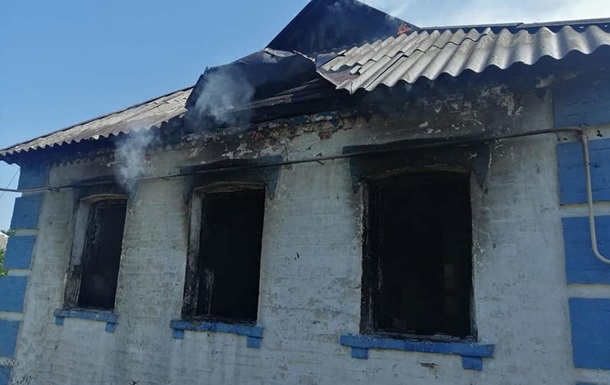 A private house burned down after being hit by a shell

As a result of the attack, three private residential buildings, a public transport stop, and power lines were damaged.

During the day on July 3, Russian troops again shelled the territory of the Sumy region. In total, more than 230 mines and shells were fired. Such data led head of the region Dmitry Zhivitsky.

As a result of the attack, three private residential buildings, a public transport stop, power lines were damaged, and the car of one of the residents burned down.

In addition, in the evening, the invaders opened mortar and then artillery fire on the territory and premises of the Ata psycho-neurological boarding school. As a result, a fire broke out in the canteen of the institution, the administrative building and the hostel were completely destroyed.

The victims of the shelling were three people – patients of the boarding school. They were hospitalized.

Recall that on July 1, the occupying troops fired more than 270 mines, missiles and shells of various calibers across the territory of the Sumy region. Then one woman was hurt.

Prior to this, one local resident became a victim of an enemy attack on the region.

Zelensky: It is clear to the whole world that Ukraine will win

In the south, the Armed Forces of Ukraine captured an enemy BMP-2