Residents of Kherson are forced to take food loans – GUR 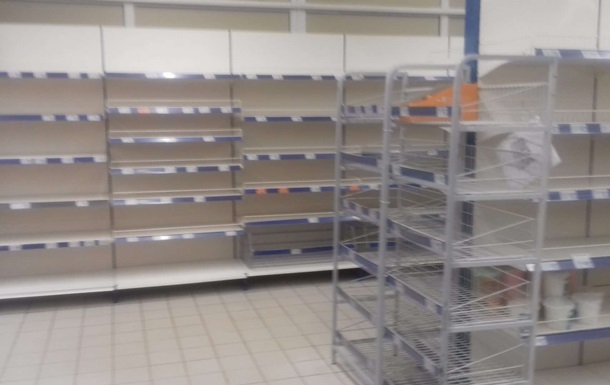 Sellers in grocery or hardware stores in the occupied city sell goods on credit at 10-20%.

In occupied Kherson, the situation is getting worse. Residents of the city are forced to switch to “natural exchange” and take “food loans”, the heads of municipal institutions are forced to cooperate, and the occupiers collect information about voters. About it informs Main Intelligence Directorate of the Ministry of Defense of Ukraine.

Problems in the financial sector of the temporarily occupied Kherson led to the return of barter in local shops. That is, goods are sold in exchange for other goods. In this case, the seller each time separately negotiates with the buyer about the “rate” of such an exchange. Numerous cases of “grocery loans” are recorded, when sellers in grocery or hardware stores sell goods on credit at 10-20%.

Also in Kherson, cases of kidnapping of former heads of communal institutions and organizations, middle managers (heads of departments and directors of departments) of local executive authorities have become more frequent. This is due to the occupation administration’s attempts to “persuade” them to cooperate with the occupiers and return to their former workplace in order to resume the work of the relevant organization or service.

In addition, about 20 boxes of materials about voters residing in Kherson were taken from institutions that kept records of voters during the election campaigns. This is associated with another attempt to hold the so-called “referendum”. According to the new regulations, it can take place in the first half of September.

Recall that the advanced units of the Armed Forces of Ukraine are located about a kilometer from the suburbs of Kherson. The battles for the city will be heavy, as the Ukrainian military lacks Western missile systems.