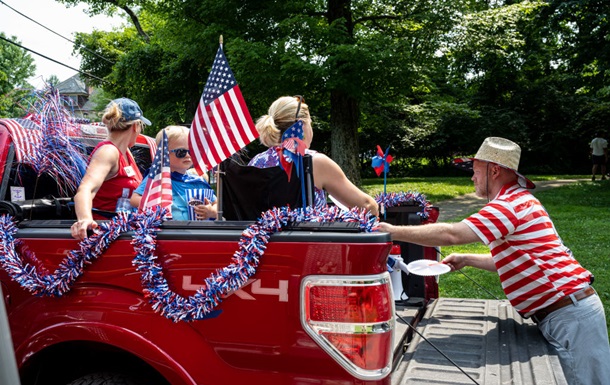 The Ukrainian leader wished peace and prosperity to the friendly American people and their leader.

President of Ukraine Volodymyr Zelensky congratulated American leader Joe Biden and all the people of the United States on the country’s Independence Day.

“Congratulations to the people of the United States and President Joe Biden on Independence Day! I wish the friendly American people peace and prosperity. I appreciate the leadership of the United States in protecting Ukraine’s common values ​​- freedom, democracy and independence,” the head of state wrote on Twitter. 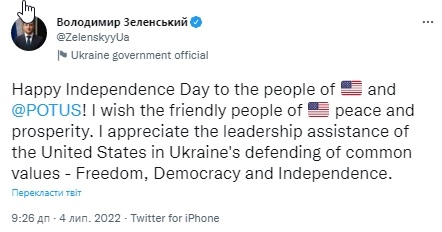 Recall that in honor of the American holiday, the military band of the Armed Forces of Ukraine performed the US anthem for the first time.