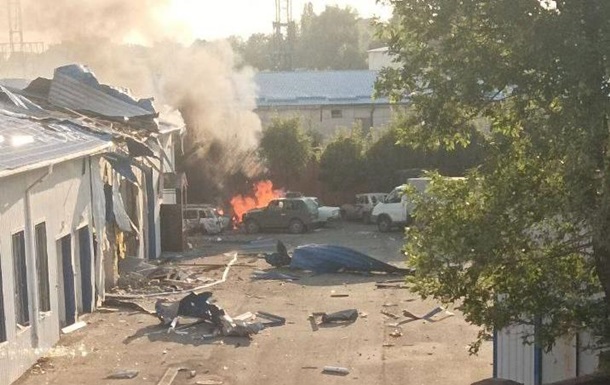 A fire broke out in the hostel of the occupiers

A powerful explosion and subsequent fire occurred the night before in temporarily occupied Yasinovataya.

In the temporarily occupied city of Yasinovataya, Donetsk region, an explosion occurred in a hostel where the invaders lived. This was announced on Monday evening, July 4, according to the Telegram channel. Operational inform.

“There is good news from the occupied Yasinovataya. There has just been a “cotton” in the hostel where the orcs lived,” the report says.

How many invaders were “demilitarized” by the explosion is still unknown. However, judging by the published photos, a serious fire broke out in the building.

Earlier it was reported that a powerful blow was dealt to the base of the invaders in Melitopol. A huge glow on the horizon was observed even by residents of neighboring villages. Also near Melitopol in the Zaporozhye region, a Russian armored train derailed. According to preliminary information, the armored train was fired from a grenade launcher.

US arrests suspect in shooting at Independence Day parade

In the Kursk region announced the shelling