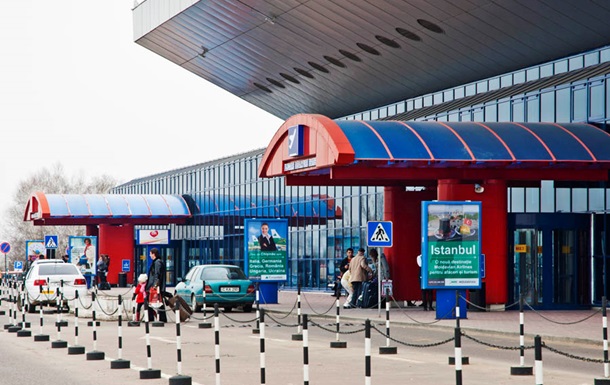 On July 4, the Border Police were informed about a bomb planted at the Chisinau airport

The sappers checked the area, found no dangerous items. The airport has resumed normal operations.

At the international airport in the capital of Moldova, they were looking for explosives because of threats received by the airport administration. At the same time, the “terrorist” twice sent threatening letters and wrote in Romanian and Russian. About this on Monday, July 4, informs Moldovan edition of Point.

The first threat was sent in the morning. An unidentified person wrote that 10 explosive devices were planted inside the airport building, adding that he was a “Russian terrorist” and a “psycho”. However, the letter was written in Romanian. The airport authorities called the police. However, after checking the territory, it turned out that the message was false.

The second message came in the evening. this time the attacker wrote in Russian. In the letter, the “terrorist” introduced himself as a representative of Al-Qaeda, he demanded 50,000 rubles, as well as “to accept the true faith – Islam.”

Around midnight, law enforcement officers completed a second check, the message also turned out to be false. 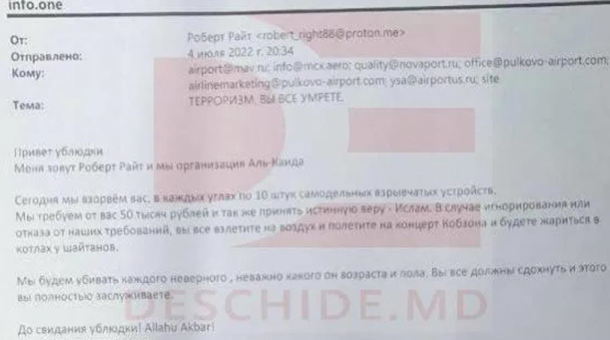 Before each check, all airport employees and passengers who were in the premises were evacuated.

Recall that in Europe there was a tourism crisis in large airports that can not cope with the flow of passengers.

It was also reported that near the airport of the Swiss city of Geneva, a major fire broke out, which led to disruptions in air traffic.

The occupiers in the south received reinforcements - AFU