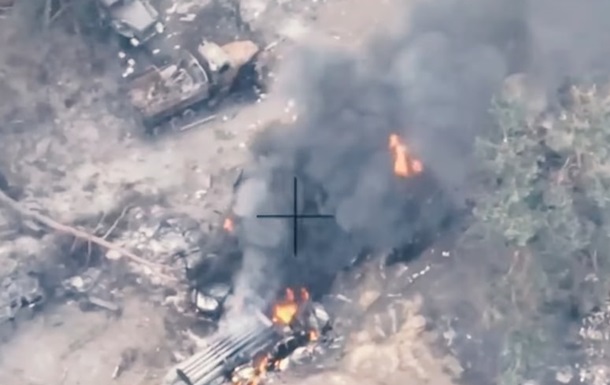 The occupants brought their MLRS and all the equipment necessary for their operation to a convenient place, as it seemed to them.

Thanks to the well-coordinated work of operators of the Special Operations Forces and artillerymen of the 3rd separate special forces regiment named after Prince Svyatoslav the Brave, several Russian Uragan multiple launch rocket systems were destroyed. The corresponding video on Tuesday, July 5, was made public on the MTR page in Facebook.

“The invaders brought their MLRS Hurricanes and all the necessary equipment for their operation to a place that they thought was very convenient for themselves. And as it is, unfortunately, it was traditionally prepared to fire at the positions of the defense forces. And the worst thing is to hit the civilian population” – said the Ukrainian soldiers.

However, as indicated, MTR operators reconnoitered the location of the priority targets of enemy equipment and attacked them using drones. Further, the fighters corrected the fire of our artillerymen on the positions of the invaders.

“You can see the results on the video,” the defenders added.

Earlier, the Armed Forces of Ukraine showed how they destroyed enemy vehicles in the Zaporozhye direction.