Exponents of the artistic class and opposition parliamentarians intensified pressure this week for the National Congress to override President Jair Bolsonaro’s (PL) vetoes of the Paulo Gustavo and Aldir Blanc Laws 2, which provide for budgetary incentives for the cultural sector. The two agendas will be highlighted in the Legislature this Tuesday (5), when a series of vetoes by the Chief Executive will be evaluated.

A group of workers in the field was at the Chamber’s Culture Commission on Monday (4) to expand the chorus for the recovery of points that were the target of the president’s scissors. Bolsonaro fully vetoed both proposals.

The Paulo Gustavo Law, for example, provided for R$ 3.8 billion from the National Cultural Fund (FNC) to stimulate cultural projects, with the distribution of resources for different purposes, including investments in the audiovisual sector, support for the renovation of movie theaters and the development of artistic and cultural spaces, community cultural organizations and others that have been affected by the dynamics of the pandemic.

The Aldir Blanc Law 2 projects annual transfers of R$ 3 billion by the Union to states, municipalities and the Federal District for five years for investments in the area of ​​culture. The veto of the two proposals accentuated the well-known antipathy that marks the relationship between artists and President Bolsonaro, whose administration dehydrated public policies in the cultural area.

Now, the segment battles for the validity of the texts approved by deputies and senators and feeds the hope of seeing the two laws sanctioned soon by virtue of a decision by Congress.

He stressed the importance of the country inject funds into the cultural sector as a form of self-development: “To veto culture, in any aspect, is always a violent attack on life, in the same way that promoting, expanding cultural life in any aspect is a tribute, an ode to life and hope”.

The president’s scissors can only be reviewed in a joint session that brings together deputies and senators, in the National Congress, therefore, the proposals depend on a new evaluation by parliamentarians to be converted into law, hence greater pressure from the artistic class at this time.

“We are here today to defend culture, art, artists and professionals in the Brazilian cultural industry. We are here because, without political commitment to culture and art, the country and our people are at risk. We hope that the ladies and gentlemen, representatives of the Brazilian people in this House, aware of this, do their part.”, pressed the actress vera Fischer, when addressing the parliamentarians.

Bolsonaro’s cut in the Paulo Gustavo Law is expressed in Veto 16/22, while the one referring to the Aldir Blanc Law 2 is expressed in Veto 18/22. To overthrow them, 257 votes from deputies and 41 from senators are needed, which corresponds to the absolute majority of the two legislative houses.

“We made the agreement to vote this Tuesday and also with the commitment to build the agreement to overturn the two vetoes. This agreement is under construction. We know that it is not closed yet”, said deputy Jandira Feghali (PCdoB-RJ), who highlighted the pressure of the Ministry of Economy on parliamentarians for the cuts to be maintained. 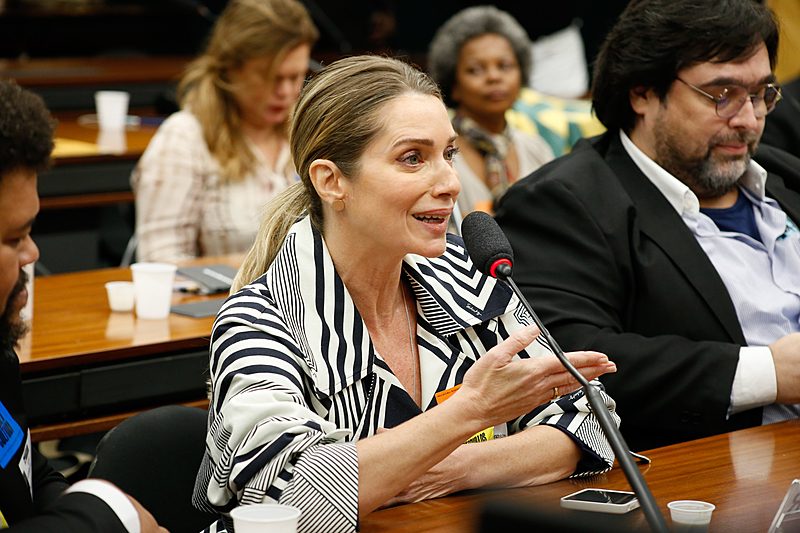 The presence of artists such as Letícia Spiller drew attention at the Chamber’s Culture Committee, which has received a number of exponents of the segment in recent weeks / Elaine Menke / Chamber of Deputies

Actress Letícia Spiller was also present at the Congress. When evoking the need for structuring policies and remembering the essential character of culture, she said that the area “cannot be treated as a policy of occasion”, and should be perceived as a “necessary agenda”.

In the same vein, Eduardo Barata, who currently presides over the Association of Theater Producers, demanded permanent policies that are capable of avoiding, for example, a situation of food insecurity among workers in the sector. He underlined that this is today the context of some artists who have not been able to maintain themselves.

Author of the project dubbed “Lei Paulo Gustavo”, Senator Paulo Rocha (PT-PA) has said that the society’s melee with parliamentarians is fundamental to reverse the decision that Bolsonaro took in relation to the two vetoed projects. He recalled that there are great advantages that budget investments in the segment bring to the country, including the “return of jobs in the sector”.

Ivan Kupala 2022: date, traditions, what not to do