Headquarters opened in Sergeevka, where victims will be assisted 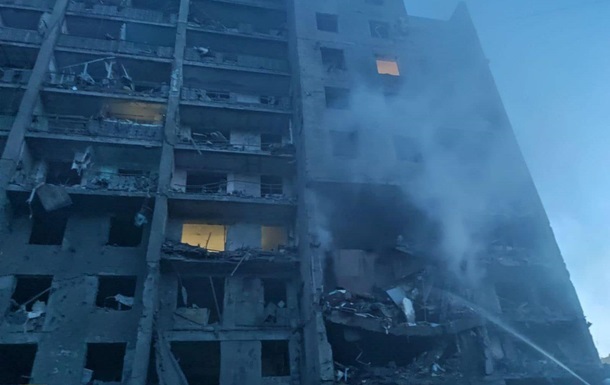 In Sergeevka, one of the Russian missiles hit a high-rise building

The Odessa regional military administration assures that they have already begun to repair houses that are close to the explosion site.

In Sergeevka, the headquarters for the liquidation of the consequences of a missile strike began its work. All victims will receive assistance. About it in Telegram on July 5 informs adviser to the Minister of Internal Affairs Anton Gerashchenko, referring to the Odesa OVA.

“An appropriate headquarters has been set up in Sergeevka, which will determine what damage has occurred and what measures need to be taken in the future. Houses near the explosion site are already being restored. As for providing for the victims and carrying out burials, support for families is under control. People are provided with everything necessary” , – said Sergey Bratchuk, speaker of the head of the Odessa OVA.

Recall that in the OP reportedthat the Russians launched rocket attacks on the village of Sergeevka. In a nine-story house, the outer wall and the ceiling from the 1st to the 9th floors were destroyed. At one recreation center, two floors of a residential building were damaged.

A court in Belarus sentenced a 20-year-old student to 6.5 years in prison because of a repost of a publication condemning the war in Ukraine