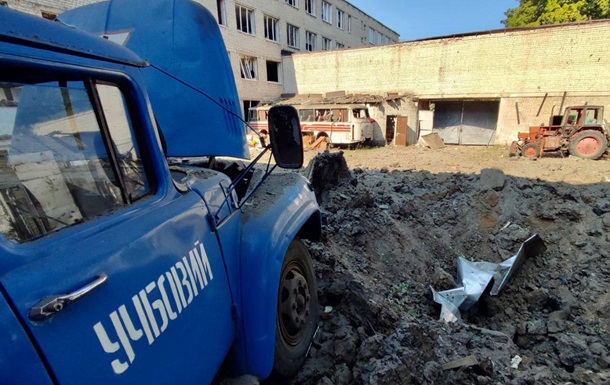 Consequences of a Russian strike on an educational institution in Kharkov

The settlements of Kharkov, Chuguev, Bogodukhovsky and Izyum regions were also subjected to enemy shelling. An 81-year-old woman was injured.

On the night of July 5, Russian troops launched a missile attack on one of the educational institutions of the Saltovsky district of Kharkov. About it informed Oleg Sinegubov, head of the regional military administration.

It is noted that the attack occurred at 2.00 Tuesday. As a result of the attack, the building was partially damaged, but no one was injured.

In addition, during the past 24 hours, the enemy fired artillery and MLRS on the settlements of Kharkov, Chuguevsky, Bogodukhovsky and Izyumsky districts. Private houses were damaged, fires broke out in open areas.

As a result of shelling in Kutuzovka, Kharkov region, an 81-year-old woman was injured.

According to the information of the General Staff on the morning of July 5, in the Kharkiv direction, the enemy is focused on containing the Ukrainian military.

Greiner, a basketball player arrested in Russia, wrote a letter to Biden asking him to "do everything possible" to free her.