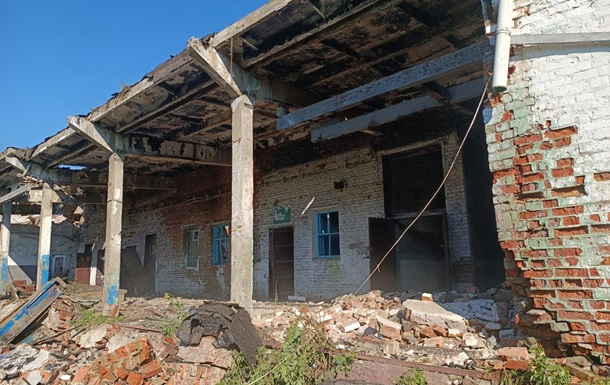 Consequences of the Russian missile strike on Shostka

In Shostka, as a result of the “arrival” of enemy missiles, the building of a private enterprise was destroyed and more than a hundred apartments were damaged.

On the night of July 5, the Russians attacked five communities in the Sumy region, more than 60 enemy strikes were recorded. About it informed head of the regional military administration Dmitry Zhivitsky.

At about 4.00 am, a rocket attack was carried out on the city of Shostka. According to Zhivitsky, one person was injured.

How clarified in the Sumy Regional Prosecutor’s Office, as a result of the attack, the building of a private enterprise was destroyed and more than a hundred apartments were damaged. On the fact of violation of the laws and customs of war (part 1 of article 438 of the Criminal Code of Ukraine), a pre-trial investigation has been launched.

“Russian servicemen, using means of warfare prohibited by international law, carried out rocket attacks on the civilian infrastructure of Shostka. As a result of the shelling, the building of a private enterprise was destroyed and cars parked on the territory were damaged. At the same time, at least 24 high-rise residential buildings,” prosecutors said.

Recall, on Tuesday morning, Russian troops hit the Dnepropetrovsk region with seven missiles. Six of them were shot down by air defense, one flew into the city of Pokrov, destroying several private houses.