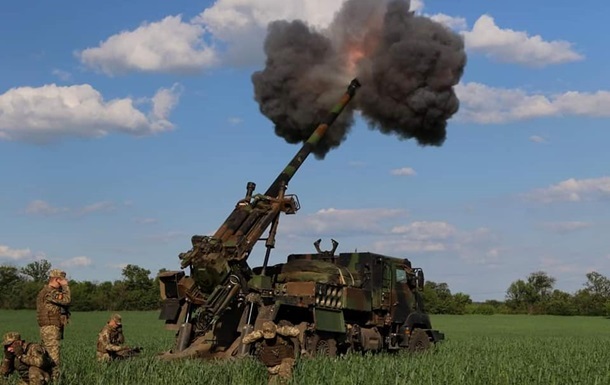 The work of the ACS Caesar

Caesar can destroy Russian equipment at a distance of up to 50 km. High mobility allows you to be out of range of Russian return fire.

It is noted that French-made Caesar artillery systems are highly accurate and highly mobile. They get ready for work in one minute, it takes another 40 seconds to collapse the installation and leave the position. Caesar can destroy Russian equipment at a distance of up to 50 km. High mobility allows you to be out of range of Russian return fire.

According to the crew commander, the military personnel of the Armed Forces of Ukraine were trained to work with French self-propelled guns for 10 days.

“We need more of these guns. More trainers to help train the military. Then all we need is ammunition, we’ll do the rest ourselves,” he said.

At the same time, this modern Western weapon arrives in Ukraine out of time.

French President Emmanuel Macron ordered the delivery of 12 Caesar howitzers, and after the G-7 summit announced that six more would be delivered.

Earlier it was reported that France would send armed VAB-type armored personnel carriers to Ukraine. It is also exploring the possibility of supplying Exocet anti-ship missiles.

The Air Force showed how they shot down Russian missiles

The court banned the Communist Party of Ukraine