Torn off roofs and flooding: a storm swept through Lviv 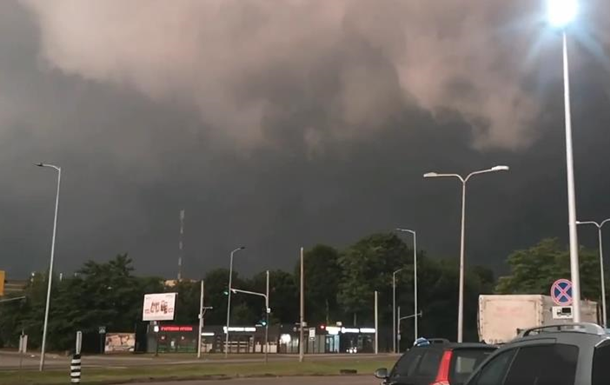 Bad weather broke out in Lviv

More than twenty roofs in residential buildings were damaged in the city. There is no electricity on several streets.

On Tuesday, July 5, a strong storm swept across Lviv. Due to rain and wind, roofs of houses, power lines were damaged, streets were flooded. About it informed Mayor of Lvov Andrey Sadovy.

According to him, more than 20 roofs in residential buildings were damaged in the city. There is no electricity on several streets.

“Now the liquidation of the consequences continues. Public services are working in an enhanced mode. The work of public transport has been resumed. We continue the movement of buses, trams and trolleybuses until 23:00. So that everyone who remains at work can get home normally,” Sadovyi said.

He urged residents to promptly report flooding of shelters and other damage to the city’s hotline 15-80.

Recall that on Saturday, July 2, Ternopil was covered by a heavy downpour, as a result of which streets were flooded in the city and trees were knocked down.

Danilov called the condition for the victory of Ukraine