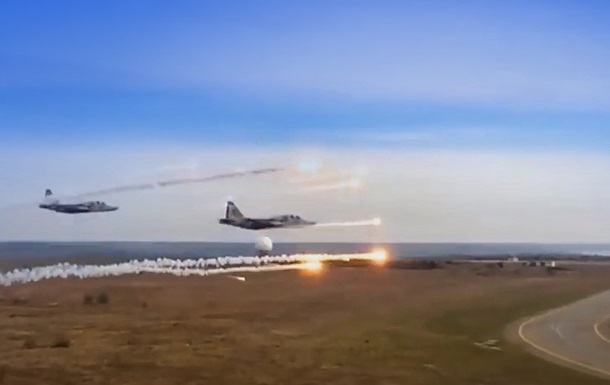 The defenders destroyed some of the launched enemy missiles

Sea-based cruise missiles were launched from the Black Sea, the Armed Forces of Ukraine noted.

On Tuesday, July 5, Russian troops once again shelled the territory of Ukraine. Nine missiles were intercepted by air defense forces. About it reported command of the Air Force of the Armed Forces of Ukraine.

“Rocket strikes were carried out in Ukraine from the Black Sea by sea-based cruise missiles of the Kalibr type. At 4 am, six of the seven missiles were destroyed by anti-aircraft missile units of the Vostok air command in the Dnepropetrovsk region. At about 20:00, the air command of the West of the Air Force enters the battle,” the statement says. in the message.

In addition, as indicated, bombers and attack aircraft of the Air Force destroyed two field ammunition depots, two platoon strongholds of the Russian invaders, up to twenty pieces of equipment and enemy manpower in a day.

Recall that during the evening shelling Khmelnitsky region was under attack. A resident of the Yarmolinetsky territorial community was wounded.


Attack on Nikolaev: fires broke out in the city