Workers from the public state education network returned to occupy the streets of Porto Alegre, on Tuesday (5), in defense of education and out of appreciation and respect for public service. Hundreds of protesters started the walk in front of the headquarters of the CPERS Union, which represents teachers and school employees in the state, and crossed the city center, with posters and banners, to the front of Palácio Piratini, where a letter of demands was delivered. to the state government.

At the beginning of the demonstration, the acting president of the CPERS, Alex Sarrat, summarized the main agendas of the protest. “We want, together with the trade union centrals and the Front of Public Servants, to pressure the government and the Parliament for the increase of the regional minimum wage and in defense of the IPE Health. We also express our annoyance and opposition to PEC 274, which proceeded in silence and seriously threatens the provision of public education for the sons and daughters of the working class of this state.”

A Proposal for a Constitutional Amendment (PEC) 274, to which the leader referred, is strongly rejected by sectors of education and the opposition. If approved, it will allow the creation of schools without the obligation to provide complete elementary education and also allow existing establishments to be exempt from implementing elementary education in its entirety.

“We want payment for the days of strike that have already been recovered,” continued Alex, this time referring to specific education guidelines. “We want to update the transport vouchers and food vouchers, which today do not even cover expenses and have sacrificed our colleagues in the exercise of the profession.” In addition, criticisms were made of discounts on employees’ retirement, which the union considers to be a confiscation.

Against corruption in education 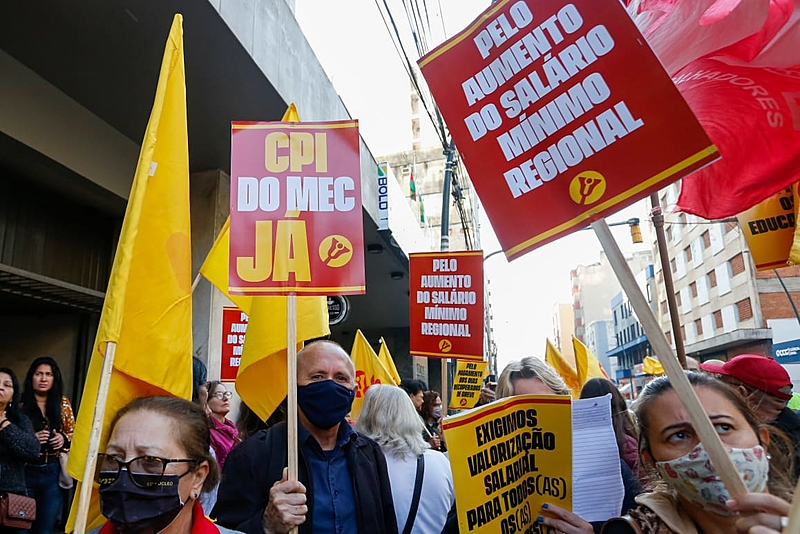 Among the various agendas, educators ask for the CPI of the MEC to investigate allegations of corruption in the federal government / Photo: Caco Argemi

The allegations of corruption in the Ministry of Education (MEC), involving former minister Milton Ribeiro and lobbyist pastors, were also highlighted in the demonstration. “It cannot pass without a thorough investigation and punishment of those responsible”, said Alex, asking for support from the category to the CPI of the MEC.

The denouncements of fraud in the State Department of Education (Seduc) were also remembered. in june of this year, the press revealed that Seduc hired a training course for teachers during the pandemic under the coordination of the director’s companion of the responsible department, at an initial cost of R$ 2.7 million. The case is under investigation by the State Audit Court (TCE).

When they arrived in front of the state government and Parliament headquarters, a round of speeches was held in the sound car. Representatives of the trade union centrals that were present at the act took the floor: CUT, CTB, CPS Conlutas and Intersindical. Students and the National Confederation of Education Workers (CNTE) were also represented.

Delivery of a letter to the state government 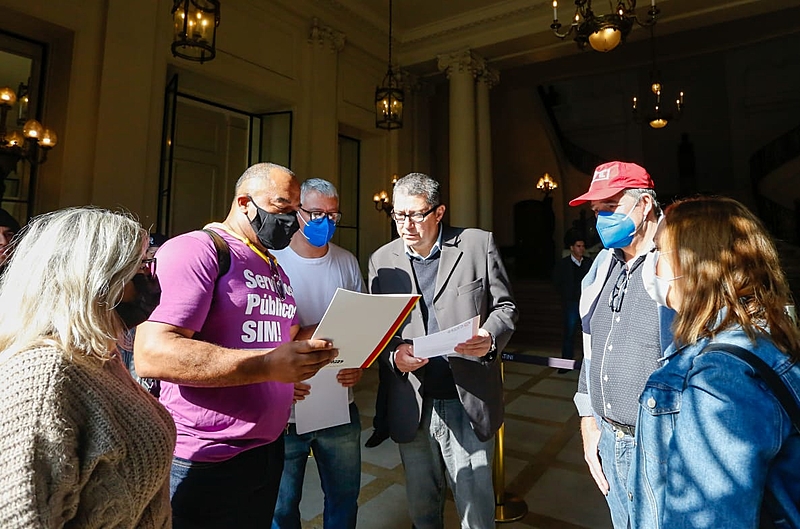 Officials delivered a letter in the protocol of Palácio Piratini demanding dialogue from the government / Photo: Caco Argemi

During the act, representatives of the CPERS management delivered a letter containing 12 claims from the category in the protocol of Palácio Piratini. “Another document delivery, a document that we filed with the Chief of Staff in May of this year and so far he had not responded to us. We have just filed a request for the government to receive us, with the main demands at the moment”, explained the 2nd vice president of CPERS, Edson Garcia.

“This time, we make official not only to the Civil House, but also to Governor Ranolfo, so that we can advance in the agendas that this government knows it owes us”, added Alex Sarrat.

The acting president also commented on PEC 274, which is being processed in the Assembly. “This PEC, authored by deputy Eric Lins, a notorious enemy of education who, just yesterday, in public hearing on civic-military school aligned itself with this attempt at military intervention in schools, proposes a change that can and will release the state from offering the complete cycle of elementary education, opening the way for the closing of schools, for municipalization and even for the privatization of vacancies through the offer voucher or purchase of seats in private schools”, he evaluated.

In the afternoon, the direction of the CPERS went to the plenary session of the Legislative Assembly in order to pressure the deputies against the possible vote on PEC 274. 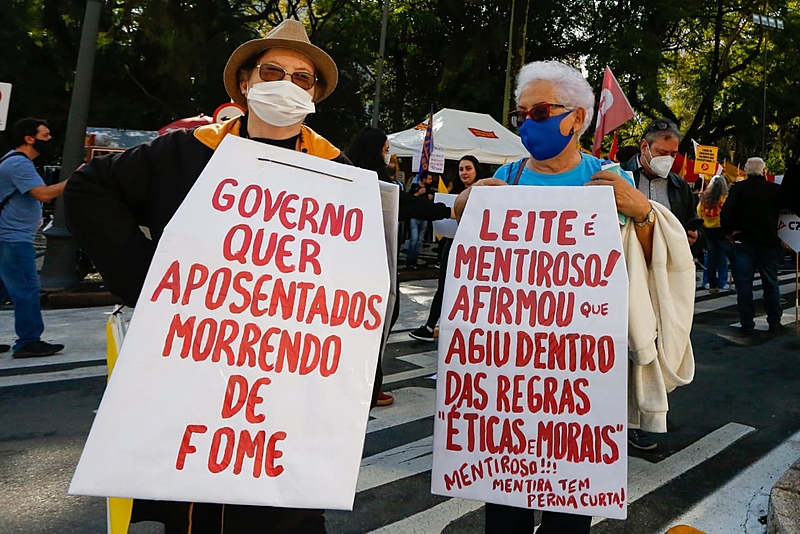 At the end of the act, some protesters stuck posters on the floor of the Legislative Assembly entrance that say “shame” and show the paychecks of education workers, who received only a cent raise after eight years without a raise.

“This paycheck is for deputies to really see the wretchedness that employees are today in the state. It’s a shame, who knows, maybe they value us with a decent salary, because today we’re paying to go to work”, said Juçara Borges, representative of the CPERS employee department – Director, noting that the base salary for employees is R$ 620, 00

In Belarus, a student was sentenced to 6.5 years in prison for an anti-war publication