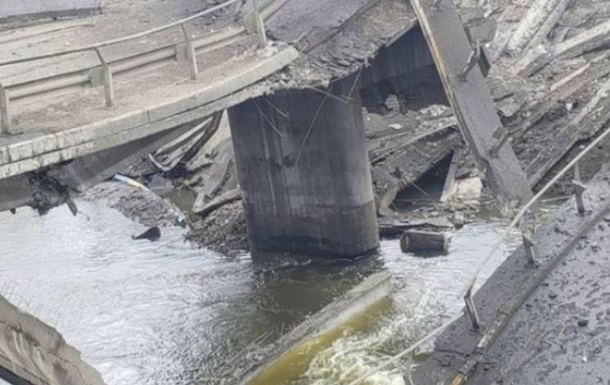 The Zaporizhzhya Regional District Administration reported the collapse of the bridge between Melitopol and Tokmok. A few days ago, another bridge was blown up between these cities.

In the Zaporozhye region, another bridge was destroyed between the temporarily captured Melitopol and Tokmak. This was announced on Wednesday, July 6, by the head of the Zaporizhzhya OVA Oleksandr Starukh.

“Between Melitopol and Tokmok, another bridge is ‘tired’. Novobogdanovka – Troitskoye,” the report says.

By the way, on July 3, a railway bridge was also blown up between Melitopol and Tokmak, along which the Russians drove trains with weapons.

Also in Melitopol, on the night of July 3, a powerful blow was delivered to the territory of the local airfield where Russian troops are based. The explosion was heard even in the surrounding villages.