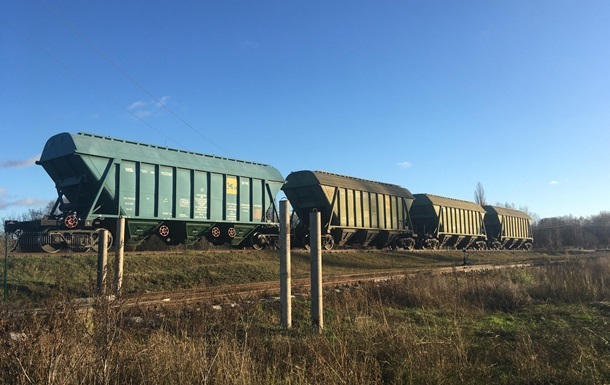 Ukrainian industry has already begun to stop due to expensive logistics

The Ministry of Infrastructure has decided to increase Ukrzaliznytsia’s tariffs by 70%, which could lead to the collapse of key industries in a crisis during the war.

Ukrainian business warned about the negative impact on the industry of the decision of the Ministry of Infrastructure to increase Ukrzaliznytsia’s tariffs for cargo transportation by 70%. Industry position voiced European Business Association.

“Certainly, Ukrzaliznytsia, like the rest of the industry and sectors, suffered significant damage as a result of hostilities and needs financial support. However, compensation for this damage cannot be assigned only to business – it’s hard for everyone now, and everyone has losses,” she noted. EBA Executive Director Anna Derevianko.

The EBA notes that raising rail freight rates could potentially lead to the collapse of key industries.

It is noted that due to the blocking of ports, logistics has already risen significantly in price, and an increase in railway transportation tariffs can lead to a complete halt of still operating enterprises, the workload of which has already fallen.

The Association also recalled that railway tariffs for such goods as coal, cement, ore, fertilizers have already increased by 42% since January 1, 2022, which will lead to at least UAH 2.9 billion of additional transportation costs by the end of 2022. Due to the new increase in tariffs, their delivery will simply become unprofitable for both business and UZ.

The problem also remains unresolved with the queue of wagons at the western border, which already stands at about 40,000 wagons, and 21% of the goods waiting to cross the border were shipped more than 30 days ago and are still waiting for their transfer. The declared capacity of 3.4 thousand wagons per day is not fulfilled. Significant problems with transportation are also observed in domestic traffic.

In addition, an increase in tariffs may lead to a shutdown of coal industry enterprises, in particular, 40% of operating mines will be forced to stop production due to an increase in the cost of production and transportation of products. As a result of the shutdown of the mines, approximately 7.6 thousand workers will be laid off/reduced. This will also affect the energy industry. In particular, in the absence of a sufficient amount of coal in the warehouses of thermal power plants, the stable passage of the autumn-winter heating season of 2022-2023 may be at risk.

The EBA appeal was sent to the heads of the President’s Office, the Regulatory Service, the Antimonopoly Committee, Ukrzaliznytsia and the Ministry of Infrastructure. Business calls to cancel the decision to increase tariffs for railway transportation and introduce a moratorium for the duration of martial law and 12 months after its completion.

Earlier, Metinvest CEO Yuriy Ryzhenkov called the logistical problem the main one for the development of the economy in the conditions of war – the export of products of Ukrainian enterprises became unprofitable due to a significant increase in the cost of delivery of products.

Because of this problem, Metinvest began to stop or reduce the work of its enterprises.

In Skadovsk, as a result of the shelling, a person was killed, there are wounded