Five people died in Donetsk region in a day 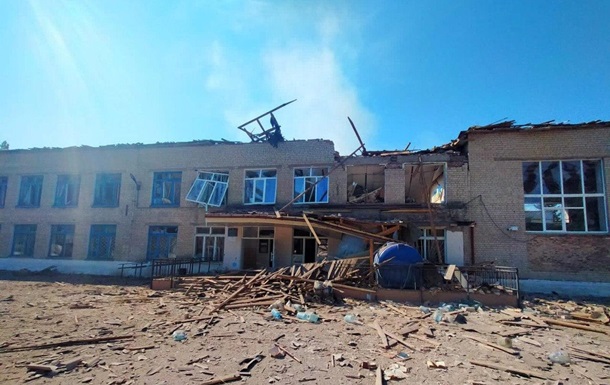 The consequences of Russian shelling in the Donetsk region

In total, since the beginning of the war, 570 civilians have become victims of shelling by the Russian Federation in the region and almost 1,500 have been injured.

Over the past day, as a result of Russian shelling of the Donetsk region, five people were killed and 21 injured. About it July 6th informed head of the regional military administration Pavel Kirilenko.

“On July 5, the Russians killed five civilians in Donbass: two in Avdiivka, one in Slavyansk, one in Krasnogorovka and one in Kurakhovo. Another 21 people were injured,” the governor said.

In total, since the beginning of the Russian military invasion in the Donetsk region, 570 civilians have been killed and at least 1,494 more have been injured.

As Kirilenko stressed, it is currently impossible to establish the exact number of victims in Mariupol and Volnovakha. 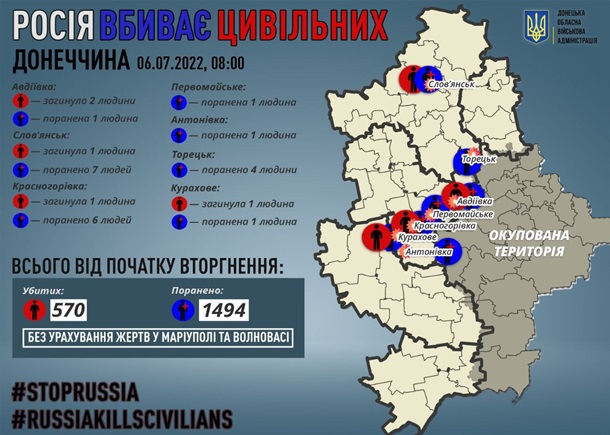 Recall, according to the forecast of British intelligence, after the capture of the Luhansk region, the Russian troops will try to occupy the Donetsk region, leveling the cities with the ground.


The mayor of Slavyansk urged to evacuate the city

In the capital of Kazakhstan on the birthday of Nazarbayev, more than a dozen supporters of the Democratic Party were detained during their action "Crimes of Nursultan"