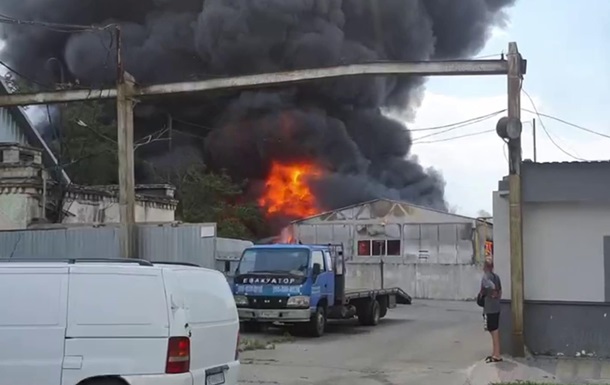 The video shows flames and black smoke, but no explosions from the detonation of ammunition can be heard.

The adviser to the head of the Kherson Regional Military District announced the destruction of the warehouses of the Russian military in the area of ​​the railway station.

In Kherson on Wednesday, July 6, warehouses of Russian invaders were destroyed. About it informed adviser to the head of the Kherson OVA Serhiy Khlan.

“In Kherson, near the railway station, the warehouses of the Rashists were destroyed,” he wrote.

The adviser to the head of the Kherson OVA did not say what exactly the warehouses were burning, however, on the video that appeared on the network, thick clouds of black smoke are visible, but explosions from the detonation of ammunition are not heard.

Earlier it was reported that in Kherson there was an explosion at the railway station, after which a fire started.

Recall that on July 3, a powerful blow was dealt to the base of the invaders in Melitopol.