Occupiers came up with another way of covert mobilization in Mariupol 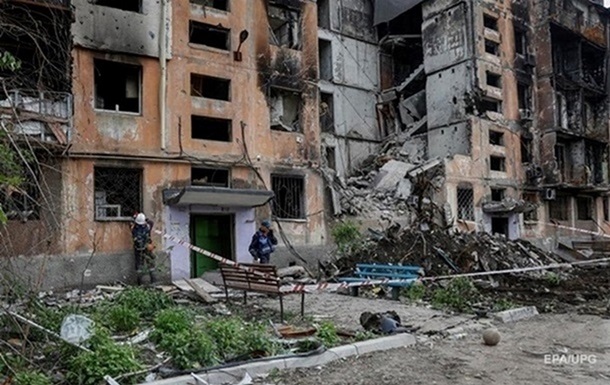 The occupiers invite the so-called “DPR” to work in the Ministry of Emergency Situations, but Mariupol residents are in no hurry to find such employment, suspecting how it will end.

In Mariupol, the invaders made a new attempt to covertly mobilize the male population. About it informs Advisor to the mayor of the city Petr Andryushchenko.

“Mariupol. A new attempt at covert mobilization. Now – by working in the Ministry of Emergency Situations of the so-called “DPR”. A good attempt, but no one. There are no volunteers. Mariupol men shy away from any work related to the uniform. Donetsk region,” Andryushchenko writes.

The occupiers do not stop trying to attract Mariupol men to serve in the Russian troops.

“Inside the occupation authorities of Mariupol, the fulfillment of the task of the forced mobilization plan is being seriously discussed when providing Russian passports or at the points of the pseudo-referendum. It is logical: you chose Russia – die for Russia,” the message says. 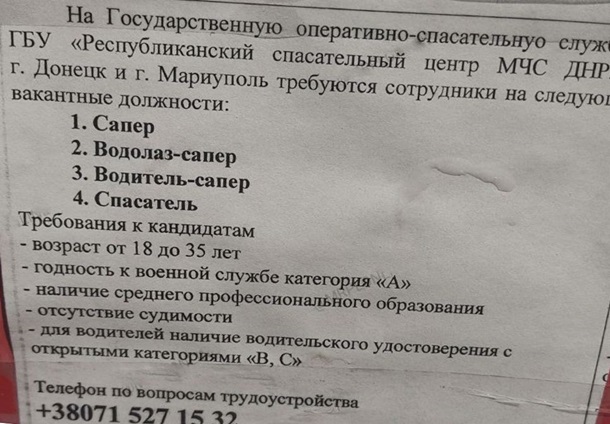 Previously, the occupiers posted advertisements in the city about “employment in a security structure” – with the same purpose.

Recall that the occupiers are blackmailing Mariupol residents in order to ensure attendance at the “referendum”.