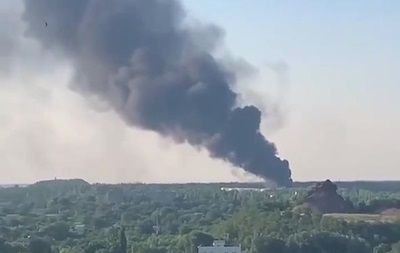 In Donetsk, they report a fire at an oil depot

A huge column of black smoke is clearly visible for many kilometers. What caused the fire is still unknown.

Residents of the occupied Donetsk reported that an oil depot was on fire in the Kirovsky district of the city. On Wednesday, July 6, local publics report.

What caused the fire is still unknown. However, the so-called “DPR” said that the fire broke out after the shelling of the Armed Forces of Ukraine.

Also, photos and videos appeared on the network in which a huge column of black smoke is visible, which is visible for many kilometers.

And last week it was reported that a tank farm and an ammunition depot were on fire in the “LNR”.

More than 30 people left the British government because of Johnson