Pope Francis returned to address the political situation in Latin America, defending the unity of the region during a interview with the Argentine news agency Telam. The top pontiff of the Catholic Church said that the Latin American people are “victims of exploitative imperialism” and highlighted that in the region the Catholic Church is popular, “it is really a church of the people of God”.

“The dream of San Martin and Bolívar is a prophecy. It is this meeting of the entire Latin American people, in addition to ideology, a meeting with the sovereignty of all peoples. We must work for Latin American unity in this sense”, he said in an interview, on the 1st of July, to Telam.

For five years the Pope has also promoted the World Meeting of Popular Movements to seek a world with more social justice. In his opening speech at last year’s meeting in Rome, the Pope appealed to “the mighty ones on Earth” to work for a fairer world, canceling the “death system”.

In nine years of papacy, this is not the first time that the first head of the Catholic Church of Latin American origin has taken a political stand. Since 2013, Francis has been a conflict mediator on several occasions. “Politics is a commitment to humanity and holiness and, therefore, a demanding path of service and responsibility to the faithful”, stated em 2018.

:: Opinion | The pope and popular movements: looking at the world from below ::

In 2021, when he approved the beatification of the Venezuelan doctor José Gregório Hernández, he delivered a speech defending the national unity of Venezuelans around mutual respect and “putting the common good above any other interest”.

Francis also condemned international interference. “I ask the Lord that no external intervention prevents you from walking this path of national unity”, these. 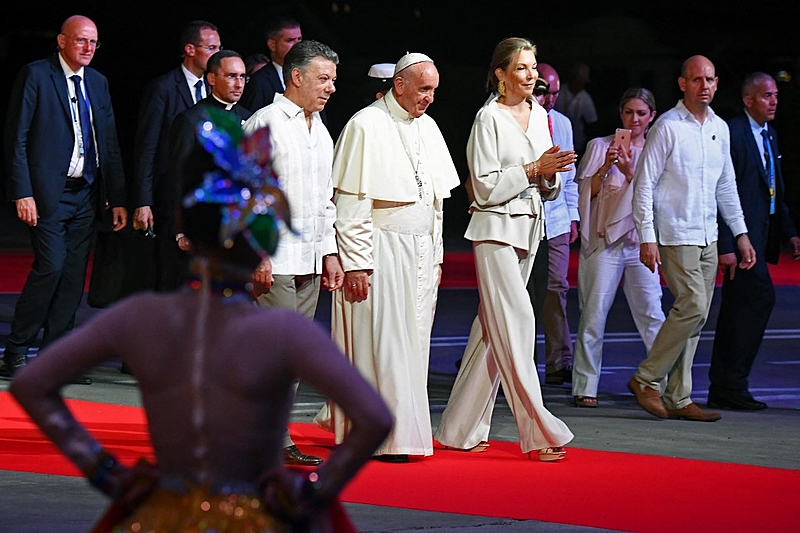 When visiting Colombia in 2015, Pope Francis defended peace negotiations between the government of Juan Manuel Santos and the defunct FARC-EP / Luis Acosta / AFP

In 2015, Francis personally offered and placed the Catholic Church at the disposal of then Colombian President Juan Manuel Santos to mediate peace negotiations with the defunct Revolutionary Armed Forces of Colombia (FARC-EP) guerrillas.

“Whatever I can do personally or what the Church can do, count on us. We give support and if you need us to participate we are willing to do it,” he said at a meeting with Santos at the Vatican.

The Vatican chief also offered to mediate negotiations to end the war in Ukraine and reiterated his willingness to visit Moscow and Kiev in the coming months.

“We exchanged messages about this. As I wondered if the Russian president would grant me a small window to serve the cause of peace. And now it is possible, after I return from Canada, that I can go to Ukraine. The first thing to do is go to Russia to try to help in some way, but I would like to go to both capitals”, these in June.

Now in July, in the interview with Telam, the Pope also commented on the demands that he criticize Russian President Vladimir Putin. “There are no good and bad, it’s all involved,” he said. 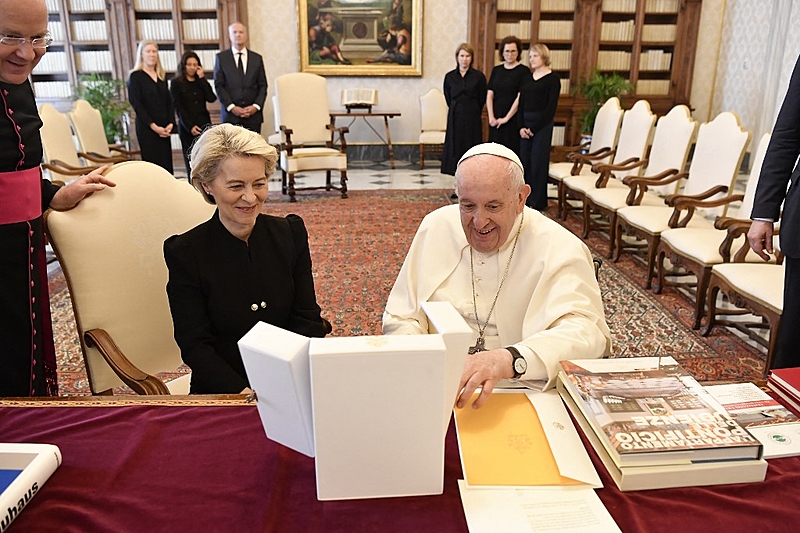 In a meeting with the President of the European Commission, Ursula Von der Leyen, the Vatican chief defended peace talks between Russia and Ukraine / Vatican News / AFP

In May 2015, the Vatican began to recognize the existence of the State of Palestine and defended a relationship of peace and respect with Israel. At the time, the Pope received the president of the Palestinian Authority, Mahmoud Abbas, and canonized two Palestinian women: Santa Maria de Jesus Crucificado and Santa Maria Alfonsina, who became the first nuns of Palestinian origin of the modern era of the Church.

Also read: Pope says violence against women is an affront to God

Four years later, he also spoke out in favor of the same-sex civil union. “Homosexual people have a right to be in a family. They are children of God and they have a right to a family. No one should be discarded or be unhappy about that”, he said in 2020, during the recording of the documentary “Francesco”, recorded in your homage.

"Love of planting": women expand agroecology in areas impacted by the Suape complex