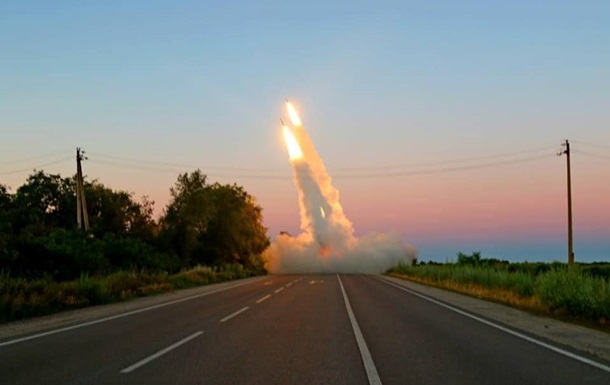 “In the area of ​​​​the settlement of Malotaranovka in the Donetsk People’s Republic, high-precision air-launched missiles destroyed two US-made HIMARS multiple launch rocket launchers and two ammunition depots for them,” the Russian Defense Ministry said in a statement.

To this, the Ground Forces of the Armed Forces of Ukraine stated that Russian propagandists were actively spreading false reports.

“This message is not true and is nothing more than a fake. The HIMARS rocket systems provided by the American partners are constantly inflicting a crushing blow on the enemy’s strategically important points, which leads to enormous losses among the equipment, personnel and maintenance of the occupying forces. Trust only trusted sources and believe in the Armed Forces of Ukraine,” the ministry said.

“Allegations about the destruction of two HIMARS RZSO installations are a Russian fake. They give out wishful thinking. Perhaps the information about the supply of these weapons led to an increase in panic and fear inside Russia. In this regard, their informants were probably advised to present such news to an internal audience “, – said the Deputy Minister of Defense of Ukraine Anna Malyar on the air of the telethon.

Earlier, the General Staff reported that HIMARS are effectively destroying the enemy in the Zaporozhye direction.

The balance of power is changing. How HIMARS burn the occupiers

Zelensky: in case of “referendums” Russia will lose chances for negotiations

Check the result of the regular Sisu 2022/2 call

People's Deputy Kovalev was informed about suspicion of treason