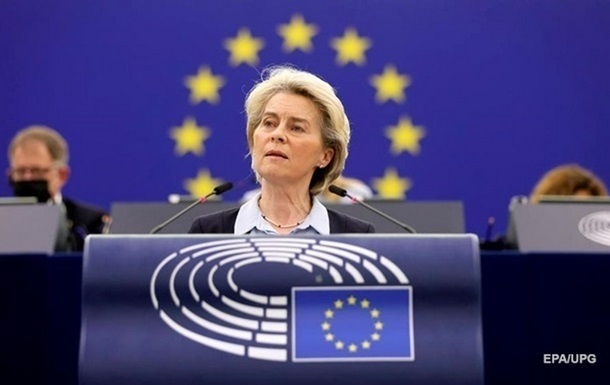 The head of the European Commission is sure that with the help of partners, Ukraine will definitely win the war, and that all the best should be collected to restore Ukraine.

The restoration of Ukraine is a colossal and unprecedented task. On Wednesday, July 6, speaking at the plenary session of the European Parliament in Strasbourg, said the President of the European Commission Ursula von der Leyen. About it informs TG-channel VESTI.

“We must gather the best for the reconstruction of Ukraine. That is why, together with the German G7 Presidency, we will convene a high-level conference after the summer. We know that we have never before faced such a tremendous challenge in the field of reconstruction. Therefore, we must call everyone on board “, – said the President of the European Commission.

The head of the European Commission is confident that with the help of partners, Ukraine will definitely win the war.

“These days we are working to help Ukraine win this war, but we must also ensure that Ukraine wins the peace, and this will definitely happen,” added Ursula von der Leyen.

Russian edition of Kommersant informs that the European Commission is preparing a legal framework for the transfer of Russian assets to Ukraine.

“The European Commission considers it fair and is preparing a legal framework for the frozen Russian assets and the assets of Russian oligarchs to be transferred to the needs of restoring Ukraine,” Ursula von der Leyen said at a speech in the European Parliament.

It is reported that the leaders of the G7 countries declared their readiness to use the assets of the Russian Federation to help Ukraine following the summit, which was held at the end of June, but the confiscation of assets is complicated by differences in the legislation of European countries.

Recall that in the Swiss city of Lugano, Ukraine presented a post-war reconstruction plan worth more than $750 billion, which will include 850 projects to rebuild the country.

Bayern set a unique record in the Champions League

The Pentagon did not confirm the transfer of Russian nuclear weapons