Violin told how he helps the military 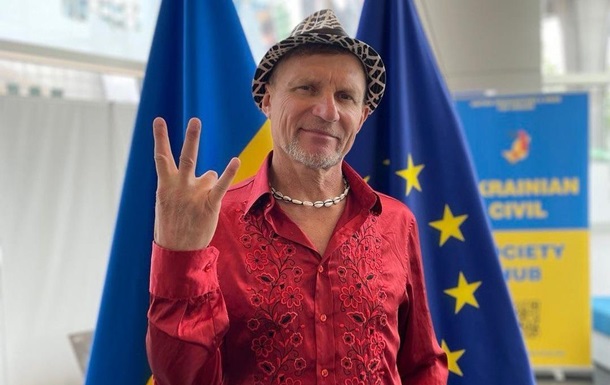 The musician raises funds at charity concerts. The artist has already performed in Berlin, Germany.

Oleg Skrypka, the soloist of the Vopli Vіdoplyasova group, said that he actively performs as part of charity concerts abroad, and his family helps Ukrainian defenders in the rear. This is stated in the plot of TSN.

“As the war began, all my children were involved in this process, in volunteering: they knit nets for the military, my youngest son wrote an album of military songs. The only thing we can do is help each other, help the country, help the Armed Forces of Ukraine,” Violin said.

He believes that our future and Ukrainians cannot exist without art and song.

“I have developed my own methodology, I combined meditation and rock music. I called it “vibration of the soul.” I conduct active, dynamic meditations accompanied by Rock Band,” the musician added.

Recall that earlier Ukrainian singer Irina Bilyk told the story of a resident of occupied Mariupol, Irina Klisichko, within the Museum of the Voice of the Peaceful.


Oleg Skripka showed his dacha near Bucha, where the Russian military lived

The State Duma in the first reading approved a ban on rallies near the buildings of the authorities of the Russian Federation, schools, hospitals and religious sites

The Russian army did not advance to Donetsk region - Heyday