In the south, four Russian warehouses were destroyed in a day 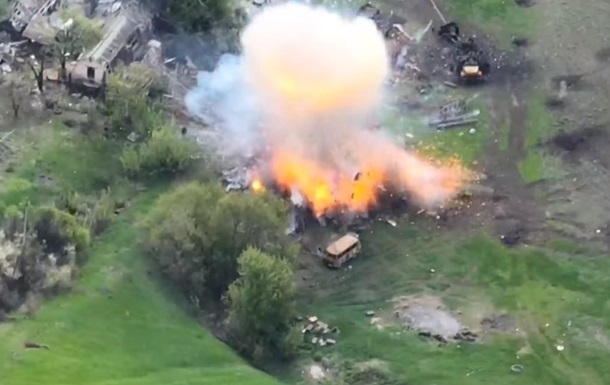 The Armed Forces of Ukraine immediately liquidated four warehouses with ammunition and fuel and lubricants in the Mykolaiv and Kherson regions.

Over the past day, Ukrainian defenders destroyed four Russian military depots located in the occupied territories of Kherson and Mykolaiv regions. Also, the enemy lost a lot of manpower and equipment. About this on Thursday, July 7, informs Operational Command South.

It is noted that three warehouses with ammunition were destroyed in the Nikolaev region. Another warehouse with fuel and lubricants was destroyed near Kherson.

It is also reported about the destruction of the enemy DRG in the Dobryanka area. In addition, the Ukrainian defenders repelled an assault attempt in the direction of Mirolyubovka.

At the same time, the invaders fired at the Nikolaev region with Grads and heavy caliber.

Recall that in recent years, the occupiers have been burning skdadas and bases almost daily. On the eve it was reported that 11 such objects burned down in a week. In particular, yesterday in the Kherson district police department they reported about the destruction of the warehouses of the occupiers in the area of ​​the railway station.

For the first time since the beginning of the war, Russia did not report the seizure of new territories - ISW