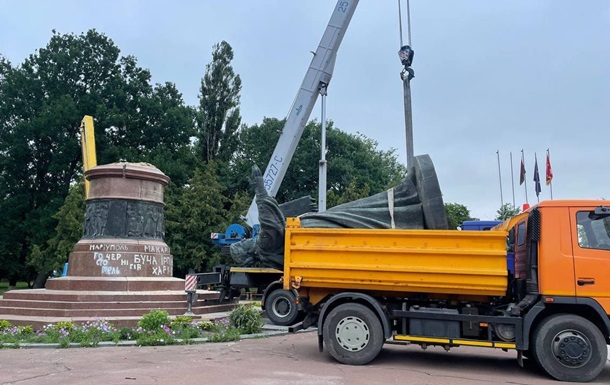 No more friendship with rashists

The monument in Pereyaslav was dismantled by the decision of the community and the local government.

In the city of Pereyaslav, a monument erected to the 300th anniversary of the “reunification” of Ukraine with Russia was demolished. This was announced by the head of the Kyiv regional military administration Oleksiy Kuleba in Telegram on Thursday, July 7th.

According to him, the monument was dismantled by the decision of the community and the local government.

“Bucha, Irpen, Borodyanka, Gostomel, Moshchun and other settlements of Ukraine, where the Russian army committed atrocities against humanity, once again proved that there can be no talk of “reunification” or “friendship” with Russian rashists,” Kuleba stressed.

Earlier, near Kyiv in Brovary, Soviet monuments were dismantled in Victory Park. Instead, Ukrainian symbols will appear in the park.