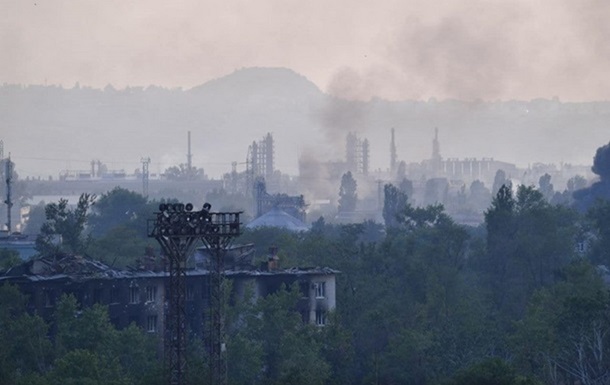 The property complexes of stopped enterprises are located in the occupied territories and have received significant damage, economic losses from which amount to billions of hryvnias.

Since the beginning of the full-scale invasion of the Russian Federation into Ukraine, more than 3,400 enterprises have ceased their activities in the Luhansk region. About it informed head of the Luhansk regional military administration Sergei Gaidai.

“Since 2014, the enemy has not made any efforts to develop the territories under his control in the Lugansk region. Probably, that is why everything that has been working, building, creating in the territories controlled by the Ukrainian authorities over the past eight years has been destroyed with such fury. including 479 industrial ones,” the report says.

It is noted that the property complexes of the stopped enterprises are located in the occupied territories and have received significant damage, the economic losses from which amount to billions of hryvnias.

“The Decree of the Cabinet of Ministers of Ukraine dated March 20, 2022 No. 326 approved the “Procedure for determining the harm and damage caused to Ukraine as a result of the armed aggression of the Russian Federation.” This Procedure defines 22 main areas in which damage and damage will be assessed, and an approximate list of indicators,” the chairman noted OVA.

Gaidai also said that by October of this year, the central authorities must approve detailed methods for assessing the damage.

“We continue to collect information about the harm and losses caused to the business of the Lugansk region as a result of Russian aggression. The enemy will answer separately for the destruction of our infrastructure. Already today, the authorities are carrying out preparatory work to consider Russia’s crimes in international courts. All the information necessary to protect their rights 330 entrepreneurs have already provided us,” Gaidai stressed.

Recall that almost the entire territory of the Lugansk region was captured by Russian troops, but fighting is still ongoing in two settlements.

How Russia blocks oil from Kazakhstan to the EU