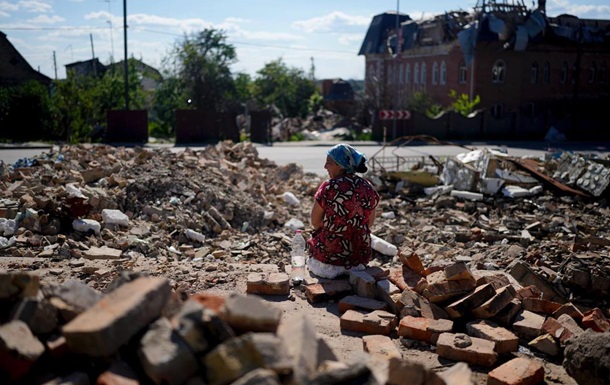 Thousands of people are missing in Ukraine

The occupiers often take ordinary civilians prisoner. According to international conventions, the enemy must immediately release such people.

“We have a photo and an understanding that people have not been in contact for a long time. 90% of them are military. It’s not a fact that they died, it could be captivity or filtration camps, but people are in this register, because I lost contact with them,” he said.

Kotenko noted that as of June 22, 10.1 thousand people are considered missing on the register of the National Police.

“Of these, 9,600 disappeared under special circumstances, and there were about 20,000 statements about the disappearance of people. That is, half of them are found sooner or later – either the law enforcement officers do this, or the people themselves get in touch. As for a separate statistics on missing women and children, we do not have such data,” Kotenko said.

“Civilians, if they are in captivity, should be released. We will not kidnap Russians in order to exchange them later. This is nonsense. Civilians are actually hostages,” he said.

Kotenko also spoke about another problem: there were cases when people went missing after being captured. The Ukrainian side suspects that the invaders simply killed these prisoners and do not want to admit it, denying the fact of their being in captivity in general.

“Such cases were dealt with back in 2014. For example, we saw a group of captured Ukrainian soldiers on video – everyone is alive there. And over time, it turns out that one of them disappeared without a trace. We do not exclude that they are not alive. But until the body is found, we will work to accurately determine their fate. There are such things even now, with the start of a full-scale Russian invasion,” he explained.

Earlier it was reported that 44 children were returned to the territory controlled by Ukraine in June, whom the occupiers illegally took to Russia and to the temporarily occupied territories.

Recall that deported Ukrainians who can reach the border with Ukraine will be allowed to pass without documents.

Kadyrov called the purpose of sending his militants to Ukraine

Zelensky asks Ukrainians to talk about the successes of the army