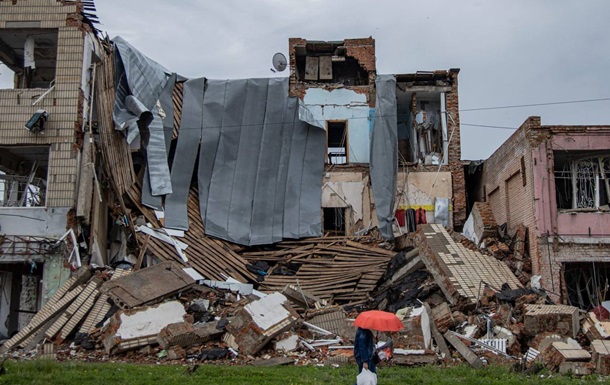 In Chernihiv, they calculated how many houses were damaged due to the occupiers

Before the onset of cold weather, the city authorities intend to provide temporary housing for all those who need it.

In Chernigov, as a result of hostilities and air strikes by the Russian army, more than two thousand private houses and more than 800 high-rise buildings were damaged. This was announced on Wednesday, July 6, in the department of information activities and public relations of the Chernihiv Regional Military District, writes UNIAN.

They also noted that most of those who lost their homes have nowhere to live.

The city authorities said that the Red Cross of Ukraine intends to help people to spend the winter. Its representatives will help build temporary housing in the city.

“About $3.5 million has already been allocated for the construction. Now we need to decide on the concept: a modular city, individual modular or multi-apartment temporary houses. They also offered their own version – two-story insulated houses designed for the cold season,” the OVA said. .

They also noted that they are currently conducting an examination of the destroyed houses in order to understand the extent of the damage.

“We are talking about a high-rise building in the city center, on Chornovola Street, and a hostel with 250 rooms in the ZAZ microdistrict. It is now difficult to say something about providing people with a permanent place of residence. But before the onset of cold weather, they should be provided with temporary premises,” the first deputy said. head of the Chernihiv OVA Konstantin Megem.

Earlier it was reported that Chernihiv, which has always been a tourist Mecca, has turned into ruins.

It was also reported that Ukrzaliznytsia is launching passenger traffic between Chernihiv and Slavutych.

Tags: ChernihivdamagedhouseshousingneedynumberoffensiveprovidetemporaryUrbanWarwar in ukrainewar with russia