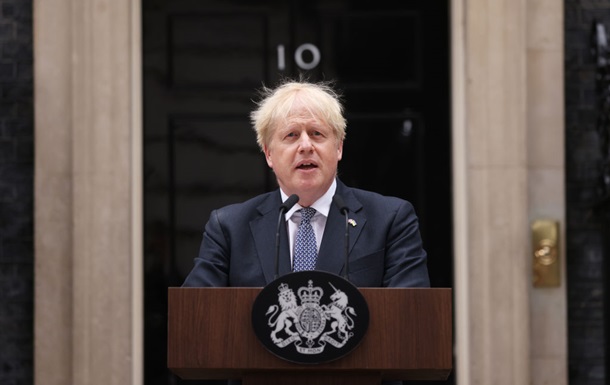 Ukraine is grateful to the Prime Minister of Great Britain for his support and “understanding the threat of the Russian monster,” Mykhailo Podolyak said.

British Prime Minister Boris Johnson supported Ukraine in the most difficult times and thanks to him the country has everything it needs for effective defense. Mikhail Podolyak, adviser to the head of the President’s Office, wrote about this on Twitter on July 7 amid news of the resignation of the head of the British government.

“To be a leader is to call Russian evil evil and take responsibility in the most critical times. To be a leader is to be the first to arrive in Kyiv, despite the rocket attacks. Thanks to Boris Johnson for understanding the threat of the Russian monster and advanced support for Ukraine,” he said.

In addition, Podolyak recorded a video in which he stated that the British prime minister was one of the first to assess the real threat of the Russian Federation and began to help Ukraine.

“A monster came to a sovereign state and began destroying everything and mass killing people here. Mr. Johnson is a man who immediately began to call a spade a spade, who immediately suggested that global politics change principles, become more responsible and not pretend that this is some kind of a small conflict situation,” the adviser to the head of the Presidential Office emphasized.

According to him, thanks to Johnson, the country has everything it needs for effective defense.

“This is both a weapon, and a partnership, and a coalition. It is thanks to Mr. Johnson that we understand that victory is indeed a symbol of the future in Ukraine. Victory will be ours because the civilized world is completely pro-Ukrainian. That is why we are very grateful to our partners, Johnson, for being able to do our job effectively,” he added.

To be a leader is to call Russian evil evil and to take responsibility in the most critical times. To be a leader is to be the first to come to Kyiv, despite rocket attacks. thank you @BorisJohnson for the fact that he understands the threat of the Russian monster and is always at the forefront of supporting Ukraine. pic.twitter.com/1opeCavijf

Recall, on July 7, Johnson announced his resignation from the post of head of government and leader of the Conservative Party of Great Britain.

The reason for this was the scandal that broke out around the deputy parliamentary organizer of the ruling Conservative Party, Chris Pincher. Last week he made a drunken brawl at an elite London club. Carlton and approached two men. Subsequently, the politician repented of his deed and resigned.

At the same time, it turned out that when Pincher was appointed to leading party and government positions, Johnson knew that he had already been the subject of a parliamentary investigation into harassment in the past.


The Kremlin reacted to the resignation of Johnson

Cassation of Renato Freitas (PT): new session in the Chamber should take place in August

From samba to hip-hop: Papo na Laje shows cultural diversity in the favelas of Niterói, RJ