UOC and OCU signed a declaration of mutual understanding 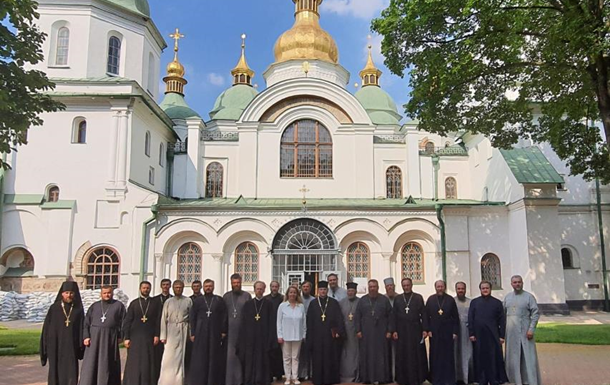 The priests of the OCU and the UOC signed a declaration of mutual understanding, calling on the hierarchs for an official dialogue

In the Declaration, the clergy condemned the war unleashed by Putin’s Russia against the sovereign people of Ukraine.

Representatives of the clergy of the Orthodox Church of Ukraine and the Ukrainian Orthodox Church agreed on a “declaration of mutual understanding”, in which they noted the unity of views in condemning Russia’s war against Ukraine and called on the hierarchs to start an official dialogue between the UOC and the OCU. On Wednesday, July 6, reports ethos.org.ua.

“We note that in interfaith relations in modern times we see unity of views in condemning the war unleashed by Putin’s Russia against the sovereign people of Ukraine; in condemning the destructive position of the Moscow Patriarchate, which, ignoring the Commandments of God, has become a “servant” of the Putin regime and blesses the Russian aggressors for bloodshed,” the document says.

The clergy also declared an understanding of “the need for the unity of Ukrainian Orthodoxy, facing the external and internal challenges of the present.”

In particular, they noted that they understand the need for unification to protect Ukraine; the unity of Ukrainian Orthodoxy, which is facing external and internal challenges of the present; rejection of aggression, stereotypes, prejudice and the language of ultimatums and enmity in communication with each other and in public space; rejection of the non-canonical practice of rebaptism.

Recall that on May 27, the Council of the UOC-MP adopted a decision on full independence. The Council also expressed disagreement with the position of Patriarch Kirill of Moscow and All Russia regarding the war in Ukraine.

Shortly thereafter, the head of the OCU, Metropolitan Epiphanius, stated that the UOC-MP continues to maintain unity with the Moscow Patriarch.

In turn, the synod of the Russian Orthodox Church took the Crimean dioceses from the UOC-MP and transferred them under the direct subordination of Patriarch Kirill.