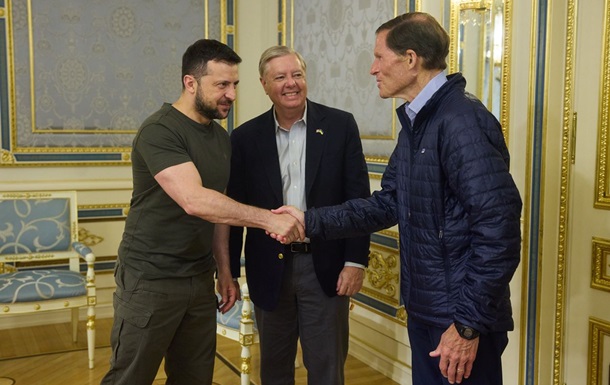 Zelensky held a meeting with US senators

Zelensky noted that now Ukraine needs the help of the Congress in the matter of supplying modern air defense systems.

President of Ukraine Volodymyr Zelensky met with Senators Lindsey Graham and Richard Blumenthal during their visit to Kyiv. The President announced this in Telegram.

The head of state noted that the bicameral and bipartisan support of the United States is very important for Ukraine.

According to Zelensky, now Ukraine needs the help of the Congress in the issue of supplying modern air defense systems to ensure the safety of the civilian population.

“Now the top priority is to ensure that women with children can return home by September 1, and children and students can go to schools and universities,” he said.

Earlier it was reported that the Americans support the idea of ​​helping Ukraine, despite the threat of rising inflation and energy prices. This is evidenced by the results of a survey conducted by specialists from the Brookings Institution.


G20 countries should put pressure on Russia – US

Lula could win in the first round if the elections were held today, according to polls