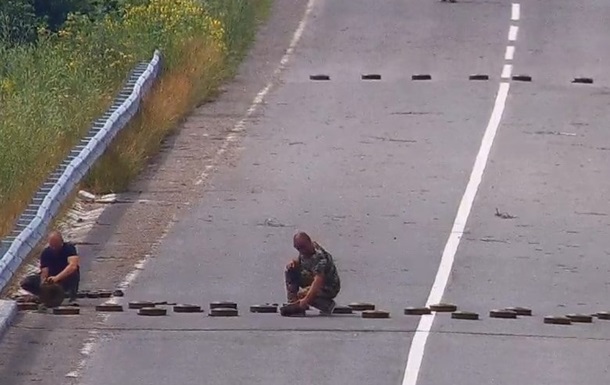 Ukraine is preparing for a possible invasion from the north

Defenders lay anti-tank mines on the territory of the Vystupovichi checkpoint (from the Belarusian side – Novaya Rudnya).

The Belarusian pro-government Telegram channel Border FM on Saturday, July 9, released a video of how the military of the Armed Forces of Ukraine mined checkpoints on the border with Belarus.

“The Ukrainian military defiantly plant anti-tank mines on the territory of the road and railway checkpoints Vystupovichi (on the Belarusian side – Novaya Rudnya),” the report says.

Recall, on the eve of the commander of the Joint Forces of the Armed Forces of Ukraine, Lieutenant-General Sergei Naev, said that near the border of Ukraine with Belarus, mining of dangerous areas and the arrangement of engineering barriers are underway.

Tags: anti-tankAPUArmedBelarusBordercheckpointdefendersForcesMinesNewoffensiveRudnyaterritoryUkraineVystupovichiwar in ukrainewar with russia