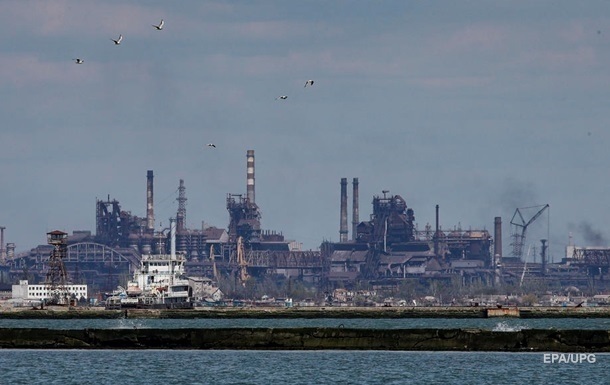 Andryushchenko also showed how shipping looks like in the waters of Mariupol and the Russian Rostov-on-Don according to marinetraffic.

The military of the Russian Federation turned the port of the temporarily captured Mariupol into their military transport hub. The enemy restored railway communication and organized freight traffic under the cover of the Mariupol-Volnovakha passenger train. About it declared Advisor to the Mayor of Mariupol Petr Andryushchenko.

“Given the range of Ukrainian artillery, in particular HIMARS systems, we suggest that Mariupol residents of the Primorsky region choose a safer place of residence if a tanker enters the port waters and refrain from traveling by cover train as much as possible,” he said.

Andryushchenko also showed how shipping looks like in the waters of Mariupol and the Russian Rostov-on-Don according to marinetraffic.

The published map shows one unidentified cargo ship in the port, which has been moored there for more than a month.

“At the moment, we can confirm that three ships left the port water area towards Rostov with a cargo of rolled metal products, and the absence of a single loaded vessel entering the port. As well as four cargo ships and one tanker that leave the Rostov water area and move towards Mariupol,” Andryushchenko said.

According to him, taking into account the statements of the Gauleiters of the city and the entire Donetsk region, it can be assumed that these ships are moving to the port of Mariupol with military cargo and fuel to fill the storage in the port.

Recall that the Satellite plant burned in Mariupol. Advisor to the mayor of Mariupol, Petr Andryushchenko, assures that the plant caught fire for a reason: this indicates an increase in resistance in the city.


There was a video of filtration in Mariupol

Russia is trying to move towards Bakhmut - AFU