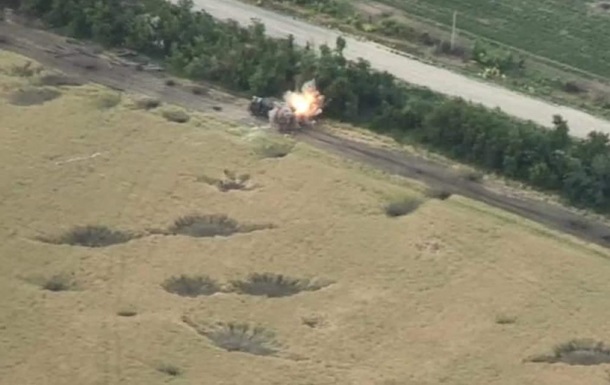 On the front of Ukraine

The Ukrainian defenders worked on the positions of the Russian occupiers near the Zaporozhye nuclear power plant.

The Armed Forces of Ukraine attacked a Russian town, a car with anti-aircraft guns and a BM-21 Grad near a nuclear power plant. The fighters used kamikaze drones in the battle.

About it reported in the Main Intelligence Directorate of the Ministry of Defense of Ukraine, and published a confirming video.

“As a result of the attack, 3 rashists were killed, 12 were injured. The tent city was destroyed by a fire that could not be put out for a long time,” the page noted.

In addition, two Ukrainian battalions showed organization and interrupted the offensive of the invaders.

Recall that intelligence published another telephone conversation of the invader, where he told his sister that out of 107 people in their company, only ten remained.