Poland will carry out a large-scale rearmament of the army 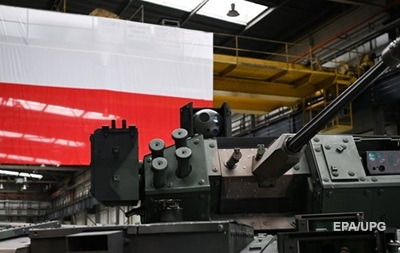 The Polish Ministry of Defense shared plans for the coming years to acquire modern weapons: tanks, MLRS and howitzers.

Poland will carry out a large-scale rearmament program. In addition to American Abarms tanks and HIMARS missile systems, it involves the production of a significant number of modern weapons in partnership with South Korea. About it informed Representative of the Arms Agency of the Ministry of Defense of Poland Krzysztof Platek in an interview with analyst Yaroslav Wolski on the Youtube channel Wolski o Wojnie.

The representative of the department noted that Poland announced the acquisition during 2023-2024 of two battalions of used American M1A1 SA Abrams tanks in the amount of 116 units.

Poland also wants to extend the contract for the production of 96 Krab self-propelled howitzers until 2025 in connection with an additional order of equipment for Ukraine. In 2022, Warsaw will conclude a new contract with the manufacturer for two divisions of Krab self-propelled guns (48 units) with delivery in 2025-2026.

Krab self-propelled guns will be supplemented with Korean K9 howitzers in three versions:

The main infantry fighting vehicle of the Polish army will be Borsuk – 1000-1400 units. The possibility of purchasing heavy Korean BMP AS21 Redback is also being considered.

In 2022, a contract is also planned for the supply of WR-40 Langusta multiple launch rocket systems, developed on the basis of the Soviet BM-21 Grad, the American M142 HIMARS MLRS and the K239 Chunmoo MLRS. The total need for Western missile systems is 500 units.

Platek confirmed Poland’s intention to buy 48 FA-50PL light combat aircraft from Korea Aerospace Industries. In the future, the acquisition of a multi-purpose combat aircraft KF-21 Boramae is also being considered.

Remember, in Poland confirmed the transfer of PT-91 Twardy tanks to Ukraine.

Earlier it was reported that the first batch of American Abrams tanks arrived in Poland.

Reznikov announced the defeat of 50 warehouses of the Russian Federation