The first shots of the SKC for grain appeared in Istanbul 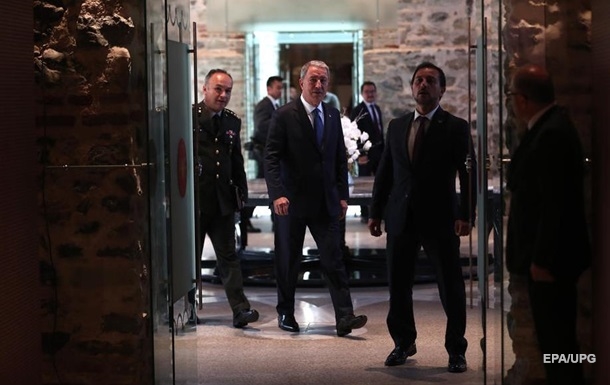 At the opening of the Joint Coordinating Center (JCC), the Ukrainian and Russian delegations sit opposite each other.

The opening ceremony of the SKC, created as part of the implementation of the provisions of the Initiative of Understanding for the safe transportation of grain from the ports of Ukraine, took place in Istanbul today, July 27. About it reported Turkish news agency Anadolu.

The agreement on the grain corridor was signed on July 22 in Istanbul, in the presence of Turkish President Recep Tayyip Erdogan and UN Secretary General António Guterres. The document was signed by representatives of Ukraine, Russia, the UN and Turkey.

The center operates on the territory of the National Defense University. Along with representatives of Turkey, Ukraine and the Russian Federation, diplomats from the UN work in the SKC.

Through the Center, it is planned, if necessary, to inspect ships involved in the export of grain from three ports of Ukraine on the Black Sea (Odessa, Chornomorsk, Yuzhny).

The ceremony was also attended by Turkish Minister of National Defense Hulusi Akar, and stressed the importance of ensuring the supply of 25 million tons of Ukrainian grain to countries in need of agricultural products.

Akar noted that the uninterrupted supply of grain will reduce the price of food products in the world and eliminate the food crisis.

“There is no need to clear sea zones within the framework of the grain corridor agreement. Preparations for the supply of grain in the ports of Ukraine continue,” the Turkish minister said.

He also added that Turkey continues the dialogue with Ukraine and Russia, and is aimed at an early ceasefire in Ukraine.

Recall that the head of the Main Intelligence Directorate, Kirill Budanov, said that the opening of a “grain corridor” through the Black Sea does not pose military threats to Ukraine.

In addition, the Turkish Defense Ministry noted that the first ship with grain should leave as soon as possible.

Ready to launch all 15 units in winter - Energoatom

The Ministry of Digital Development showed the Starlink combat terminal