Results of July 30: Mandatory evacuation and volunteer battalions of the Russian Federation 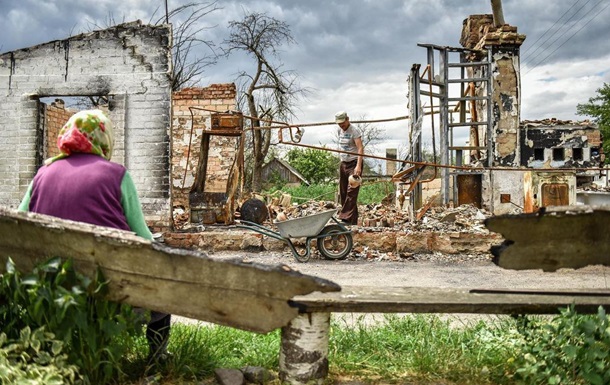 At least 200-220 thousand local residents will have to be evacuated from the Donetsk region; Putin is ready to send more than 30,000 volunteers to Ukraine. Perild.com highlights the main events of yesterday.


Ukraine began mandatory evacuation of people from the Donetsk region

The Government of Ukraine introduces mandatory evacuation of residents of non-occupied areas of the Donetsk region before the start of the heating season. There is absolutely no gas supply in the Donetsk region, no electricity. If someone refuses to be evacuated, he will be forced to sign a refusal form, that he understands all the consequences and is responsible for his life.


Mass mobilization of volunteers in Russia

Volunteer battalions are formed throughout Russia to be sent to war in Ukraine. Analysts estimate that more than 30,000 people can be mobilized, with no military experience required. Russia is looking for a replacement for its troops, which were exhausted in the five months of the war, and those who were liquidated by the defenders of Ukraine. Of the 30,000 mobilized, about a third are planning to be sent to the Donbass.

The embassy of the aggressor country in the UK said that Ukrainian servicemen from the Azov Regiment “deserve a humiliating death.” The appeal message was published on Twitter of the Russian embassy. At the same time, Twitter marked the post as such, which incites hatred and violates the rules of the social network.

The Ukrainian Foreign Ministry said that the call by the Russian Embassy to hang Ukrainian defenders from the Azov Regiment shows that there is no difference between Russian diplomats and Russian war criminals.

The United States is preparing a new package of military assistance to Ukraine, John Kirby, coordinator for strategic communications at the US National Security Council, said at a briefing in Washington. The United States plans to provide the Ukrainian army with spare parts for military aircraft of Soviet and Ukrainian production, and in August to transfer a new batch of Phoenix Ghost drones.

The international rating agency S&P has downgraded Ukraine’s long-term sovereign rating from CCC+ to CC. The outlook on Ukraine’s long-term sovereign rating in foreign currency has been downgraded to CC with a subsequent negative outlook. This decision was made in the agency in connection with the decision of the Cabinet of Ministers to ask for a deferment of payments on all external obligations of state-owned companies for 24 months.

New York Governor Kathy Hokul has declared a state of emergency due to the outbreak of monkeypox. According to the latest data, 1,345 cases of monkeypox have been identified in New York. One in four cases of infection in the United States occurs in New York. California is the second most affected state with 799 infections.

On Saturday, July 30, China began conducting live-fire exercises in the waters of the eastern province of Fujian, which is shared by the strait with Taiwan. In turn, Taiwan took to the skies fighter jets from the Chiayi Air Base when the speaker of the lower house of the US Congress, Nancy Pelosi, flew to the island, which was opposed by China. It also became known that Chinese warships are following the American carrier strike group led by the nuclear aircraft carrier CVN 76 Ronald Reagan.

Nikolaev subjected to heaviest shelling of all time - mayor