Results of 04.08: Scandalous report and attack on Toretsk 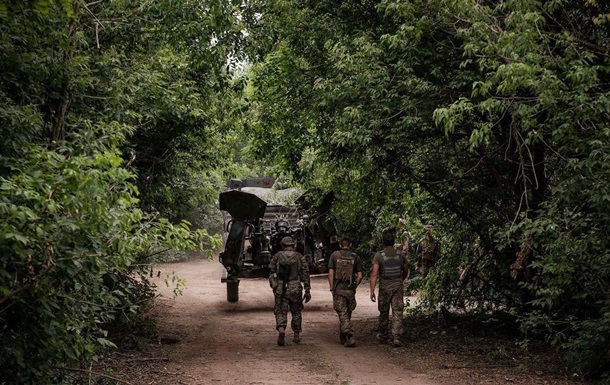 Armed Forces of Ukraine were targeted by human rights activists

The human rights organization accused the Ukrainian army of “violating the laws of war”; The Russian Federation dealt a mortal blow to Toretsk. Perild.com highlights the main events of yesterday.

The human rights organization Amnesty International released a report in which it claims that the Ukrainian military endangers the civilian population by allegedly setting up bases in residential areas, hospitals, schools and near granaries.

Ukrainian authorities and society unanimously condemned the conclusions of human rights activists. The authors of the report are accused of knowingly or unintentionally playing along with Russian propaganda.


In Toretsk, the invaders fired at a bus stop with people

Russian aggressors shelled the city of Toretsk in the Donetsk region. The artillery strike fell on a public transport stop where there were people. As a result of the attack, seven civilians were killed and five more were injured.


The exchange rate of the dollar fell sharply in Ukraine

The dollar exchange rate on the cash market in Ukraine fell by more than a hryvnia per day. So, in exchange offices it was possible to buy a dollar a little cheaper than 39 hryvnias, and sell it for 38-38.5 hryvnias. At the same time, the euro exchange rate also fell by almost a hryvnia – to 39.90 hryvnia per euro.

The Finnish media found out that Russian Gazprom, instead of increasing gas supplies to Europe, has been burning fuel near the Portovaya compressor station since May. As indicated, for several weeks now there has been a great flame raging there, which can be seen even from Finland.


Export of another 50,000 tons of grain from Ukraine agreed

Infrastructure Minister Oleksandr Kubrakov said that three more ships with corn would depart from two Ukrainian ports. The volume of exported grain is more than 50 thousand tons. Bulk carriers Navi Star, Rojen and Polarnet are to leave for the voyage.


Shmyhal announced the resumption of privatization

Prime Minister Denys Shmyhal said that mass privatization should resume in Ukraine from September 1. According to him, the state is launching grant programs to motivate businesses and people to create jobs as much as possible.

The EU countries intend to unlock macro-financial assistance to Ukraine in the amount of 8 billion euros by autumn. The German government, which was accused in the OP of blocking the mentioned funds, noted that part of the package will consist of non-refundable grants.


Ukraine was covered by a wave of mining

None of the messages have been confirmed.

Suburban trains from Kyiv will appear

We can score more: Van Leeuwen appreciated the victory of Zori in the selection of the Conference League