Became known the details of the night shelling in Kharkov 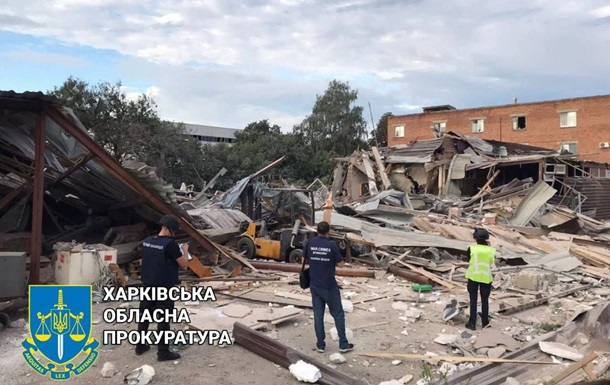 Photo: The Prosecutor’s Office of the Kharkiv region

Russian missiles destroyed the warehouse of one of the enterprises

“They hit the Sloboda district of Kharkiv, the roof of a one-story non-residential building was on fire. A rocket hit was recorded on the territory of an infrastructure facility in the Industrial District. A few minutes later, the occupiers fired a rocket at the settlement of the Kharkiv district. Windows were shattered in nearby non-residential premises, near which the shell fell. and there were no casualties,” Sinegubov wrote.

“According to the military, several missiles did not want to leave their native Belgorod, and exploded on the territory of Russia,” the head of the Kharkiv region said.

“Without disclosing a military secret: today in the Kharkiv region many “gifts” from the Russians did not arrive “to their destination”. For which we thank our Armed Forces again!” Sinegubov added.

In turn, the Office of the Attorney General clarifiesthat the Russians used S-300 missiles. On this fact, a criminal case was initiated under the article on violation of the laws and customs of war (part 1 of article 438 of the Criminal Code of Ukraine).

Let’s remind, on the night of Saturday Russia have caused rocket strikes on seven microdistricts of Nikolaev. In one five-story building, part of the rocket broke through the ceiling and flew into the apartment. Two people were injured.


Attack on Nikopol: Dozens of houses damaged, there are wounded

The Insider and Bellingcat found a soldier who tortured and then killed a Ukrainian prisoner of war. Text online 164th day of the war

Occupiers could mine Zaporozhye NPP - media