Monkeypox and homophobia: movements warn against repeating the mistakes of the AIDS pandemic

The conduct of the fight against the world outbreak of monkeypox (monkeypox) by health organizations has put the AIDS-related movement on alert. The fear is that referrals focused exclusively on men who have sex with men (MSM) – a population that currently accounts for 98% of cases – create a stigma, while at the same time jeopardizing the containment of the disease, similarly to what happened in 1980s with HIV.

“We are concerned that the mistakes of the beginning of the HIV pandemic are reproduced and that, until today, have repercussions of stigmatization of the MSM and LGBTQIA+ population in general”, points out Juliana Cesar, member of the Municipal Health Council of Recife and advisor of Programs of the NGO Gestos, which defends the rights of people living with HIV/AIDS.

She alludes to the last century, recalling that there was a view that AIDS was like a “divine plague” sent on the “population that lives in sin”. “And even when the means of transmission were already known more securely, there was no investment in dispelling the myths that were created. We know Brazil’s history, there is a lot of violence and discrimination. [a homofobia] magically does not manifest if the smallpox expands and gets a little bigger.”

Read too: Pernambuco has 19 reports of monkeypox, monkeypox; know how to protect yourself

Although he acknowledged that everyone is susceptible to contracting the monkeypox virus, the director general of the World Health Organization (WHO), Tedros Adhanom, directed only gay and bisexual men to reduce the number of sexual partners and reconsider the sex with new partners. The speech was made at a press conference on the 27th.

In Juliana Cesar’s view, the pronouncement has two errors: it is aimed at just one group of people and it carries a moralistic message. After all, monkeypox is not transmitted only in sexual or intimate relationships, it is enough to have direct contact with skin lesions, body fluids or even objects that have been touched by a contaminated person.

“When you get a certain population that concentrates numbers of cases of the disease but is not the only vulnerable one and is addressed only to it, this message, which should be general – and which is not necessarily correct – ends up stigmatizing that group”, he said.

The type of discourse adopted by health entities, which repeats the rhetoric used when little was known about AIDS, can also result in the failure of prevention actions. That’s because, according to Juliana, directing all information to just one group creates a feeling among the general population of security against monkeypox. 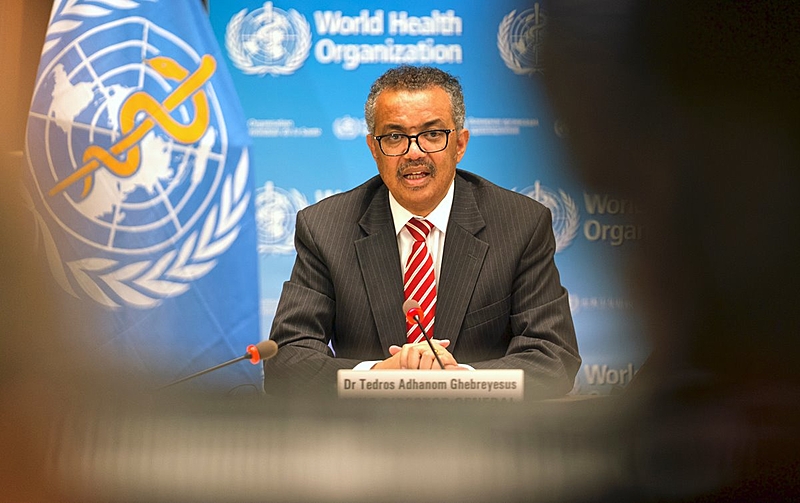 “It is common for a disease to be concentrated in a certain population during a certain period of time. This happens with several issues. This one, by some chance, started with a high concentration among MSM – this is a fact, but it is not restricted to this group. There is no reason to think that, if this outbreak is not contained, it will not soon spread to other population groups. We need science-based actions that already confront this”, he warns.

“If you spread that this is a gay disease, people start to blame them, the blame for the problem spreads – which is bad, it creates moral judgments – and you miss the opportunity to reduce the number of cases and focus whatever,” he adds.

Also read: WHO declares monkeypox an emergency of concern: what does it represent?

The specialist poorly evaluates the health measures that have been applied not only in the country, but across the globe. “We have to remember that testing is very deficient all over the world, it does not have adequate coverage. There is probably already community transmission (when it is not possible to trace where you got the disease) in states that we are not aware of. don’t know about the disease, nor has the medical profession been properly informed about it”, he says.

She says that, in the articulation of Gestos with other Latin American countries, she hears reports about doctors who do not even consider the possibility that the patient has monkeypox or who, when they know they are treating a heterosexual person, completely rule out the hypothesis. of the diagnosis.

For the NGO, the expansion of communication to the general population does not rule out the need for actions aimed at MSM. “If we interrupt the transmission cycle while it is limited to a specific group, the chance of interrupting the outbreak and not letting it become endemic is much greater. A matter of logic”, he adds.

In relation to Brazil, she also criticizes the role of the Ministry of Health (MOH) in managing the crisis. There is no national coordination that defines a single protocol, for example, as there was for covid-19. “There is a lack of national coordination to systematize, standardize, create a support structure so that they can identify the disease, and not let each state and municipality act at its own pleasure, and say who tests, when and how”, he defended.

On May 23, the Ministry of Health even opened a Situation Room to monitor the progress of the disease, but it closed its activities on September 11, transferring the attributions to the Health Surveillance Secretariat.

Asked whether the disease has received little attention precisely because of its association with the LGBTQIA+ community, she responds that she cannot say for sure, but that “the current government’s record in responding to various aggravations is quite regrettable.”

“The attitude that it has taken in response to HIV/AIDS, the demands for confrontation, a response in which Brazil was once such a leader, are quite deficient. The government’s statements about the LGBTQIA+ population are not favorable. You put it all together , has a not very suitable context.”

Brazil negotiated via a consortium the purchase of 50,000 doses of the vaccine against monkeypox. The immunizer will be administered in two doses to the following priority groups: health professionals who handle samples collected from patients and people who have had direct contact with confirmed cases of the disease. The first batch should arrive in September, according to the ministry.

Doctor Bruno Ishigami, an infectious disease specialist at Clínica do Homem in Recife, believes that the WHO has been fulfilling its role of monitoring, with weekly meetings, and of informing and creating protocols. However, he also assesses that the policies of the Ministry of Health have left something to be desired.

“We’ve been seeing the emergence of monkeypox for a few months now, and we don’t see practically any prevention guidance. But, for me, this is the result of the dismantling that we’ve been suffering in Brazil. We had very little prevention guidance against covid -19, and there are almost no guidelines for prevention against other infections, especially sexually transmitted infections. The big problem, once again, is this: the government is absent from this information, and then we create a lot of gaps for fake news and misinformation,” he says.

“We are experiencing an extremely conservative moment”

Living with HIV for 33 years, Wladimir Cardoso Reis witnessed the beginning of the AIDS pandemic and felt firsthand the impact of policies that marginalized those who tested positive for the virus. He, who is the coordinator of the PositHIVo Prevention Working Group (GTP+) – a civil society organization dedicated to welcoming people with HIV/AIDS – is also concerned about the implications that the treatment that monkeypox could have on society .

“For 33 years there was no medication against HIV and the big problem at the time was prejudice and discrimination. Our great concern when we talk about smallpox in Brazil is precisely within this perspective”, he ponders. “I can already see that clearly. We are experiencing an extremely conservative moment.”

Among the many areas of health affected by the administration of President Jair Bolsonaro (PL), public policies to fight HIV/AIDS have also suffered setbacks over the last few years. The Ministry did away with the HIV/AIDS department and threw its activities into the basket of the Department of Chronic Diseases and Sexually Transmitted Infections. 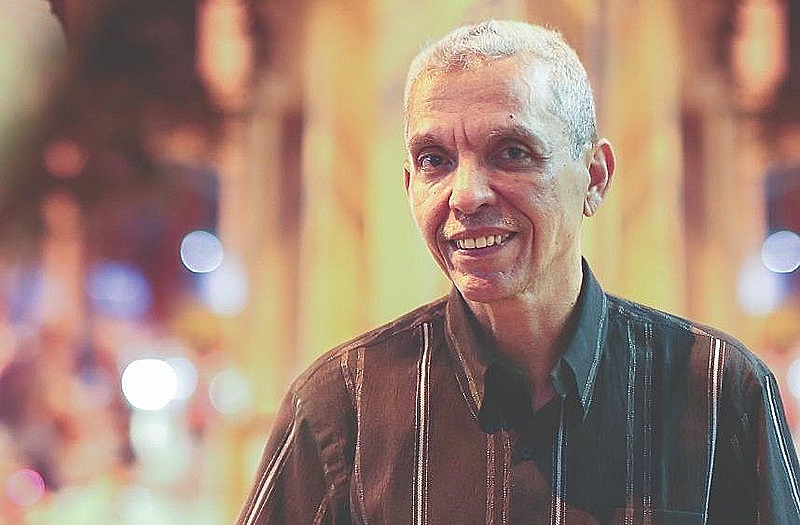 In the NGO where he works, Wladimir listens to the words of suffering of those who still face discrimination. There is so much prejudice that there are those who stop visiting certain spaces because they do not feel welcome. “Our organization works with people living with HIV and they are people in different situations, including heterosexuals, and different experiences in conservative churches. Despite professing the faith, they do not place themselves there because stigma and prejudice clearly exist in these places”, he reports.

How to deal with the population most vulnerable to monkeypox without creating prejudice?

Infectologist Bruno Ishigami says that the moment calls for caution. “HIV showed this to us in a very bad way, when we said back then, that it was a disease exclusive to gays, of people who were promiscuous. We created stigmas that still exist today”, he recalls.

The doctor then introduces the concept of ‘key populations’: “These are more important population groups that are more susceptible to contracting infections. When we put it this way, we manage to maintain a certain distance and reduce the emergence of these prejudices.” “, he considers.

The responsibility of the press is also on the agenda. “If you start doing a subject that MSM has to take care of, but only with this approach, it will naturally create a prejudice.”

As Juliana Cesar pointed out above, Bruno Ishigami also defends that there should be specific policies for the population most vulnerable to monkeypox – but not without making it clear that the general population also has to take care of itself.

Also read: WHO declares monkeypox an emergency of concern: what does it represent?

He advises everyone to take the following measures: “take care, pay attention to the appearance of symptoms, which are very specific: fever, body pain, some enlarged lymph nodes and the characteristic skin lesions. If skin lesions are appearing in the monkeypox characteristic or had contact with someone who had a skin lesion, look for a health service.”

For men who have sex with men, he continues: “I don’t like the ‘stop having sex with too many people’ speech. It never worked with HIV and it’s not going to work today with monkeypox.” What he guides, then, is to have a lot of attention and awareness in sexual relationships and “to think and reflect on how important it is to go to an environment where there is sex with many people”. The greater the number of people in a space, especially when there is skin contact, the greater the risk.

China announces it will participate in military exercises in Russia