The Korean giant next Wednesday will introduce the flagship smartphones of the second half of the year – Galaxy Flip 4 and Galaxy Fold 4. Their photos have already been leaked to the network.

The Samsung Galaxy Unpacked event will take place on August 10 and will showcase the Galaxy Fold 4 and Flip 4 flagships, as well as smartwatches and headphones. A few days before the event, the network got the characteristics and high-quality images of all the main new products that the Korean giant will show at the presentation. Perild.com tells what new Samsung products to expect.

On August 10, Samsung will officially unveil its new flagship smartphones for the second half of the year, the Galaxy Flip 4 and Galaxy Fold 4.

Devices will get foldable screens, like previous models, as well as outstanding hardware. The specified characteristics of the “fold” also hit the network a week before the announcement.

So, Fold 4 will be equipped (apparently for all regions) with a Snapdragon 8+ Gen 1 processor, which will give an increase in CPU power by 15 percent, GPU by 59 percent and NPU (neuromodule) by 68 percent.

The 4400mAh battery will support 25W power adapters. Moreover, a charge of 50 percent can be achieved in 30 minutes. The refresh rate of both screens will be 120 Hz, the brightness – a thousand nits. The back and front sides of the device will be covered with protective glass Gorilla Glass Victus +.

The diagonal of the external screen will be 6.2 inches, internal – 7.6 inches. The main camera includes three modules, one of which allows you to take pictures with an optical zoom of 3x.

As for the Flip 4, the main design features have not changed compared to the Galaxy Z Flip 3. The body still folds in half horizontally. The camera module is inscribed in a black substrate at the top of the back cover of the smartphone.

On the right panel are the volume buttons and another key – probably to launch the voice assistant. The SIM tray is on the left, while the USB-C port with speaker grille is on the bottom.

It is expected that the smartphone will receive a Snapdragon 8+ Gen 1 chipset, 8 GB of RAM and up to 512 GB of internal memory, two 12-megapixel rear cameras and a 10-megapixel front sensor. 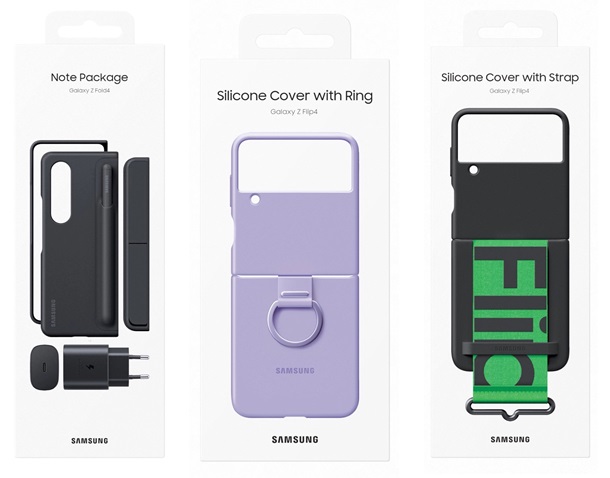 Accessories for the new Galaxy line

The Samsung Galaxy Watch 5 Pro smartwatch will only be available in one 45mm size. The screen diameter will be 1.36 inches and it will be an AMOLED panel with a resolution of 450 x 450 pixels.

The watch will receive a titanium case and sapphire crystal. A 590 mAh battery should provide good autonomy up to 80 hours of operation, that is, more than three days.

It will be based on the SoC Exynos W920, which is also used in the current generation of Samsung watches. Flash memory will be up to 16 GB, there will also be support for eSIM.

The Galaxy Buds2 Pro are very similar to the original Buds Pro, albeit with an almost completely matte finish.

The leak says the earphones will get 10mm drivers, Bluetooth 5.3 support, and multiple microphones in each earbud.

Samsung is expected to introduce a new “intelligent active noise cancellation” that should block out even more outside noise than older Galaxy Buds.

The leak also mentions “360-degree sound”, an IPX7 water rating, and eight hours of battery life on a single charge. The headphones will be charged via the USB-C port.

The Samsung Galaxy Buds2 Pro will be available in Zenith Grey, Zenith White and Bora Purple for a retail price of €229.

Interestingly, in early August, Samsung quietly introduced a new addition to its line of inexpensive and long-lasting smartphones – the Galaxy A23 5G.

This is an updated version that differs from the Galaxy A23 4G that debuted in March in the presence of support for fifth-generation 5G cellular networks and some other nuances.

The exact SoC model is not specified by the manufacturer, but according to information from the Geekbench benchmark database, we are talking about the Qualcomm Snapdragon 695.

Official dates for the start of sales and recommended prices have not yet been announced.

Meanwhile, the flagship smartphone Samsung Galaxy S22 Ultra, which went on sale at the beginning of the year, is now offered at a record low price on Amazon. 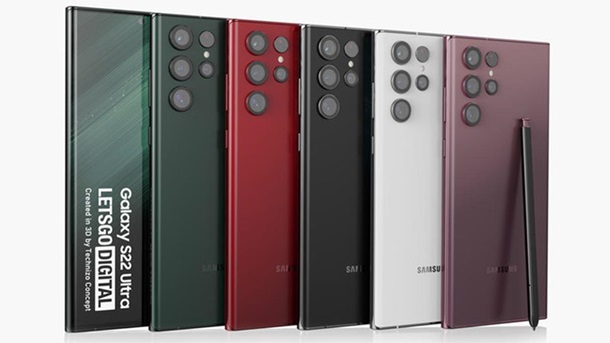 Doctors ask for repeal of spending ceiling to recover SUS