Occupiers could mine Zaporozhye NPP – media 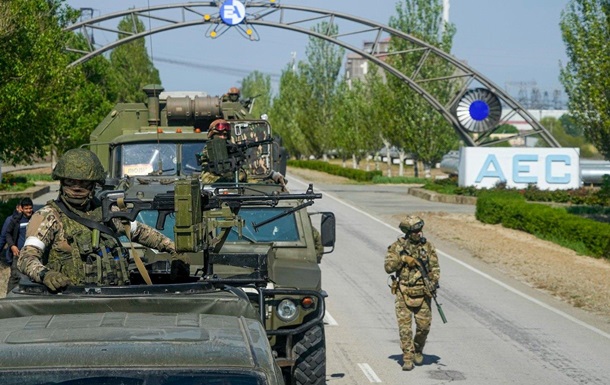 Suspicious activity is observed on the territory of the occupied Zaporozhye nuclear power plant. The Russian military could carry out mining, the newspaper reported the night before The Insider with reference to sources.

The publication released a video showing the movement of Russian military equipment at a nuclear power plant. The convoy of trucks arrived at the nuclear power plant on August 2. The trucks stopped between the first and second power units, and after some time, part of the convoy, one by one, began to enter the territory of the machine hall of the first power unit through the cargo gates. According to this source, the machine room was mined.

According to another source, about 500 Russian soldiers and military equipment, including armored personnel carriers, anti-aircraft installations and equipment for radiochemical reconnaissance, are now on the territory of the station, and the area around the station is mined by Russian troops.

According to the source, Gradov batteries are located near the village of Vodianoe, closest to the nuclear power plant, and Russian soldiers store mines and ammunition in close proximity to the power units, under overpasses, and part of the ammunition is even inside the power unit. Whether the power unit was mined or simply used to store explosives is unknown to the second source.

According to the source, the capture of the station was led by Major General Alexei Dombrovsky, after which the command was transferred to Major General Valery Vasilyev of the RF Armed Forces.

At the same time, the shelling on the territory of the ZNPP, which was recorded on August 5, is considered by both sources to be a staged provocation.

In turn, Energoatom informsthat as of 08:00 am on Saturday, Zaporozhye NPP operates with the risk of violating radiation and fire safety standards.

“Ukrainian plant personnel continue to work and make every effort to ensure nuclear and radiation safety, as well as to eliminate the consequences of damage … Zaporozhye NPP continues to operate and produce electricity for the needs of the energy system of Ukraine,” the message says.

Recall that on Friday at the Zaporizhia Nuclear Power Plant, the power unit was switched off due to shelling. Today it became known that we are talking about block No. 4.

The director of the Ukrainian office of Amnesty International resigns in protest against the report on the Armed Forces of Ukraine. The speaker of the office also announced her departure