Russia is preparing a referendum for food – Gaidai 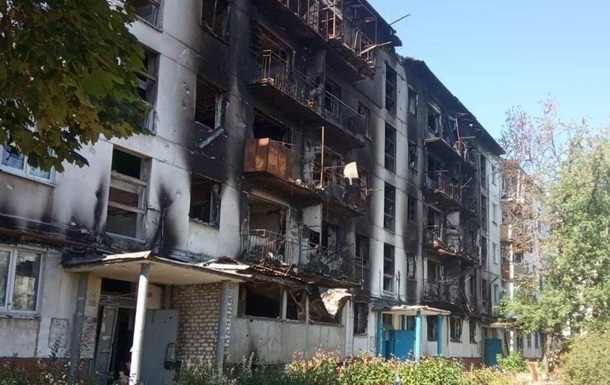 Consequences of shelling in the Luhansk region

The occupation authorities and collaborators are forcing people to exchange their will for food and drinking water, the head of the Lugansk region noted.

Russian troops destroyed towns and villages in the Luhansk region. And now the occupiers are forcing people without houses to go to a pseudo-referendum, in fact, for food. This was reported in Telegram head of the Lugansk OVA Serhiy Gaidai on Saturday, August 6.

According to him, such a situation has developed in Lisichansk, Severodonetsk, Popasnaya, Rubizhny, Gorsky, Zolotoy and the settlements of these communities.

“The invaders actually destroyed these cities, made hundreds of thousands of people homeless, 90% of whom were evacuated. Many of the rest live in basements and shelters. First they were freed from everything, and now they are forced to come to a pseudo-referendum,” Gaidai said.

According to him, the “campaigning and explanatory component” of preparations for a “referendum” on the region’s entry into the Russian Federation has now been activated in the Lugansk region.

“The occupation authorities and the collaborating public movement, under the guise of providing food or building materials, organize meetings with the population of the recently captured territories of the region. They lure out personal data, call for the so-called “referendum”, forcing people to exchange their will for food, drinking water and OSB-plates “, – said Gaidai.

Earlier, the Security Service of Ukraine documented that Russia began the active phase of preparing a pseudo-referendum on the illegal “annexation” of the temporarily occupied territories of part of Ukraine.

It was also reported that the Russian Federation would not hold “referendums” in the occupied territories of Zaporozhye and Kherson regions.