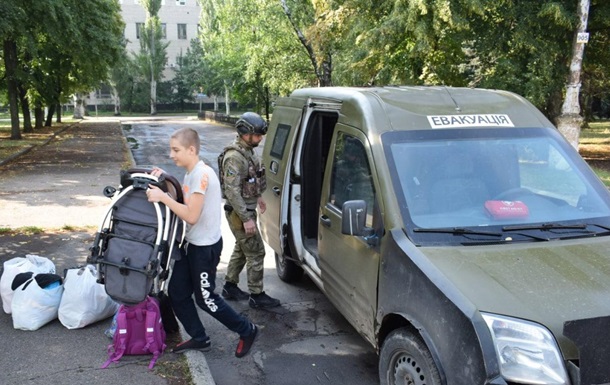 Mostly women, children, the elderly and people with limited mobility were taken to safe regions.

During the first week of mandatory evacuation, more than 2,000 people were evacuated from the Donetsk region. Such data on Saturday, August 6, made public press service of the Ministry of Reintegration.

As indicated, among the evacuees are women, children, the elderly and people with limited mobility. At the same time, some citizens even left with their pets.

In addition, it is reported that three more Ukrainian children were taken out of Russia.

“To date, 50 children illegally taken to the Russian Federation have been returned to Ukraine,” the department concluded.


A third of the population remains in the Donetsk region – OVA

In the Odessa region, a policeman shot a colleague in the department - media