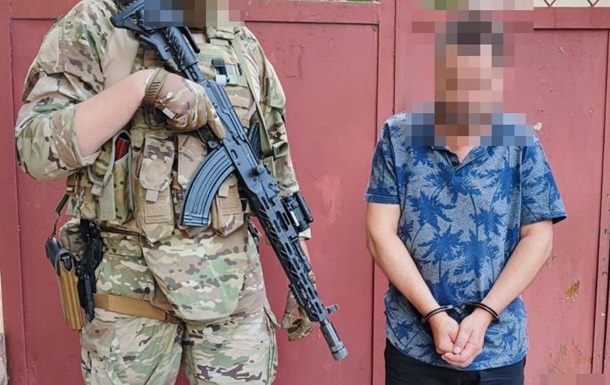 One of the detained FSB agents

The attackers helped the enemy to destroy the shipbuilding infrastructure in southern Ukraine, the SBU noted.

Employees of the Security Service of Ukraine identified two enemy agents involved in the activities of the enemy’s agent network in the Nikolaev region. It is reported on the site special services on Saturday, August 6th.

It is indicated that the attackers carried out reconnaissance and sabotage activities: they collected and transmitted intelligence to the enemy about important infrastructure facilities, fuel depots, the deployment and movement of manpower and equipment of the Armed Forces of Ukraine.

“The occupiers used the received data to deliver targeted missile strikes and massive artillery shelling, including on the positions of Ukrainian defenders. As a result of the actions of the agent network, several objects of the city’s shipbuilding infrastructure were destroyed and damaged, including the Equator, Crystal, Ocean plants, fuel depots, lubricants, caused destruction to social infrastructure facilities,” the report says.

The perpetrators, according to the investigation, came to the attention of the Russian special services due to their undisguised pro-Russian views.

With the beginning of a large-scale invasion, the so-called person responsible for collecting intelligence information on the territory of the Nikolaev region came to them. In the future, he was an intermediary between the FSB officers, who coordinated his actions, and the spotters.

The attackers carried out constant monitoring of objects of interest to the enemy and sent the results to the curator. To perform some tasks, they attracted their friends. During the searches, equipment for transmitting intelligence was found and seized.

The defendants were informed about the suspicion under the article on the unauthorized dissemination of information about the movement of weapons and ammunition to Ukraine, the movement, movement or deployment of the Armed Forces of Ukraine (part 3 of article 114-2 of the Criminal Code of Ukraine). And a preventive measure in the form of detention was chosen. The sanction of the article provides for imprisonment for a period of 8 to 12 years.

Investigative and operational actions are ongoing to identify other persons involved in the activities of the agent network.

Earlier, law enforcement officers detained a spotter of Russian missile strikes in Mykolaiv region. He passed on to the enemy the exact coordinates of the positions of the Ukrainian military, the location of military equipment and the routes of their movement in the region.

Zelensky established an award for the defense of Ukraine