Zelensky established an award for the defense of Ukraine 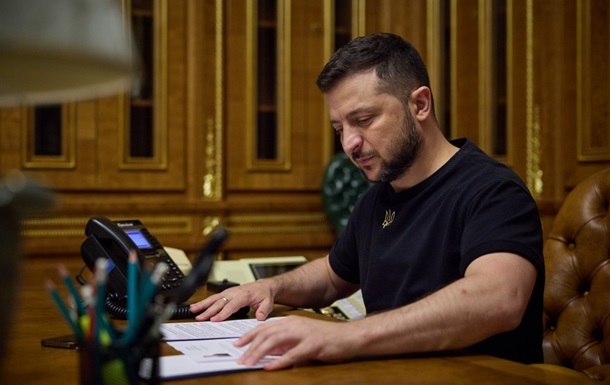 The text of the relevant decree No. 559/2022 approved the position on distinction, drawings of the award and samples of diploma forms for the award.

President of Ukraine Volodymyr Zelensky signed a decree on the establishment of a presidential award for the defense of Ukraine. This is reported on the site heads of state on Saturday, 6 August.

As reported in the text of the relevant decree No. 559/2022, the position on distinction, drawings of the award and samples of diploma forms for the award were also approved.

By decree, Zelensky decided to award this distinction to servicemen and employees of law enforcement agencies, prosecutors, police officers, members of volunteer formations of territorial communities, employees of a number of departments, including the SBI, NABU and State Customs, who were directly involved in the defense of Ukraine in connection with the large-scale armed aggression of the Russian Federation.

Also, according to the decree, it is awarded to employees of executive authorities, local self-government, as well as employees of enterprises involved in the implementation of defense measures, who have shown dedication and made a significant personal contribution to strengthening the defense of Ukraine.

The awards should also be awarded to persons who carried out volunteer activities or otherwise actively contributed to the implementation of tasks related to the defense of Ukraine, protecting the security of the population and the interests of the state in connection with the aggression of the Russian Federation.

The Decree enters into force on the day of its publication.

Earlier it was reported that President Zelensky presented the military with a new award, the Military Merit Cross. Five military men were the first to receive the award, including Commander-in-Chief of the Armed Forces of Ukraine Valery Zaluzhny.