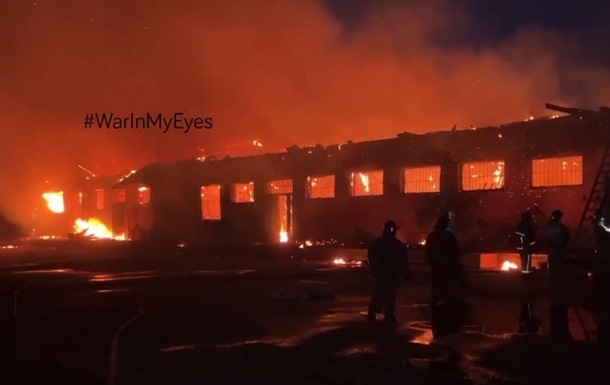 Another BC warehouse is on fire in Donetsk

A large-scale fire is reported in the Kievsky district of Donetsk, social media users claim that an ammunition depot is on fire.

In social networks appeared video of the fire in Donetsk. It is reported that another ammunition depot is on fire.

“Donetsk. In the Kiev region, a warehouse of orc ammunition is burning and detonating,” one of the messages from the video says.

Earlier it was reported about a fire at the railway station in Donetsk. At the same time, Russia accused the Armed Forces of Ukraine.

Recall, adviser to the head of the Office of the President of Ukraine Mykhailo Podolyak claims that the Ukrainian military does not shell the temporarily occupied cities of Donbass, including Donetsk, and border settlements of Russia.

Telethon will last until victory - Ministry of Culture