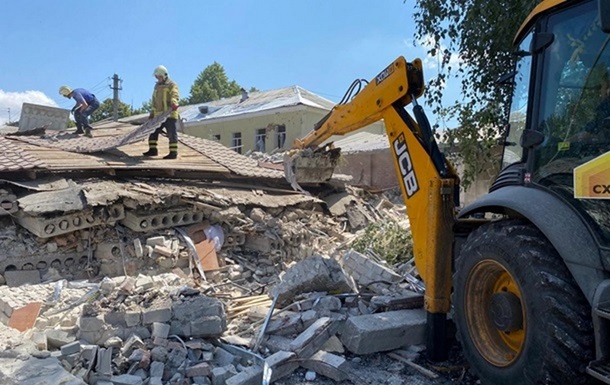 Consequences of one of the attacks on Bakhmut

Three civilians have died in the past 24 hours. Four houses were burned down, Alexander Marchenko, deputy mayor of Bakhmut, said.

In Bakhmut, due to the constant shelling of the Russian army, the situation is deteriorating, but so far remains under control. This was announced by the deputy mayor of Bakhmut Alexander Marchenko, transmits Public.

“The situation is deteriorating. There are more and more shelling. Over the past day, three civilians were killed. Four houses were burned down. In the morning shelling again. There is water supply. But because of the shelling, repair teams eliminate network breaks every day,” Alexander Marchenko said.

There is no power supply in a part of the city: repair crews cannot go to the place of damage due to constant shelling.

According to the official, during the shelling, an enterprise that takes out garbage was destroyed, but a replacement vehicle has already been prepared, because all the trash cans in the city were full for a week.

“In general, there is no humanitarian catastrophe. But the price tags for shops are quite high. The market, hospitals and pharmacies are working. We provide humanitarian assistance,” Marchenko said.

Recall that in the Donetsk region announced a mandatory evacuation.

'The system keeps us away from self-love and affection for the other', says artist Ani Ganzala